You are at:Home»Maps»Map of North Korea 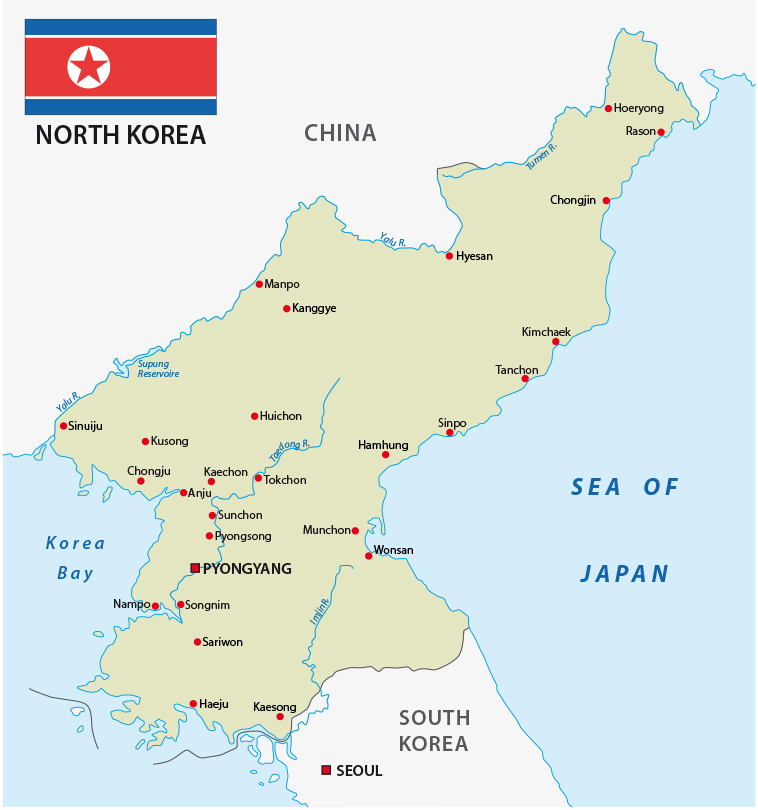 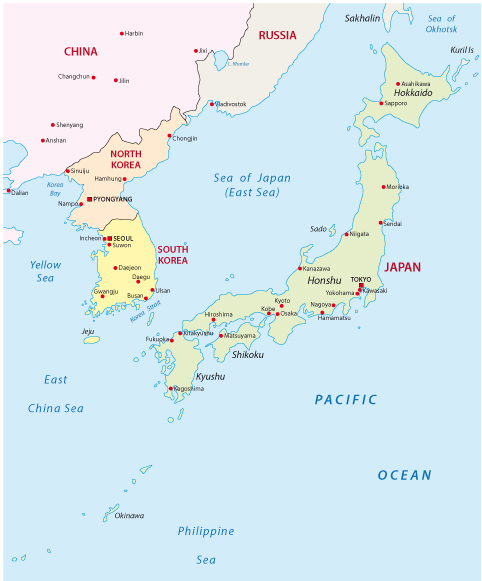 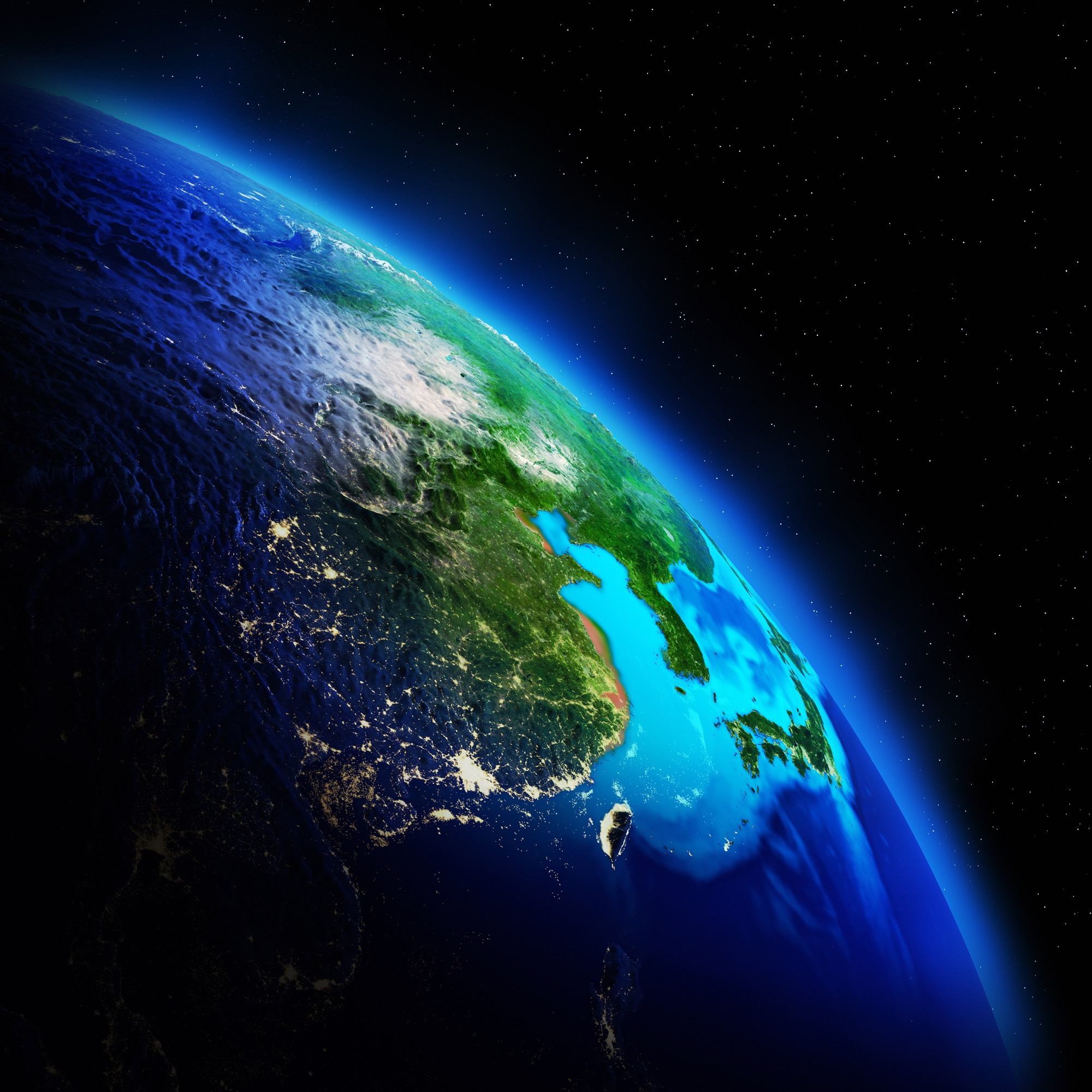 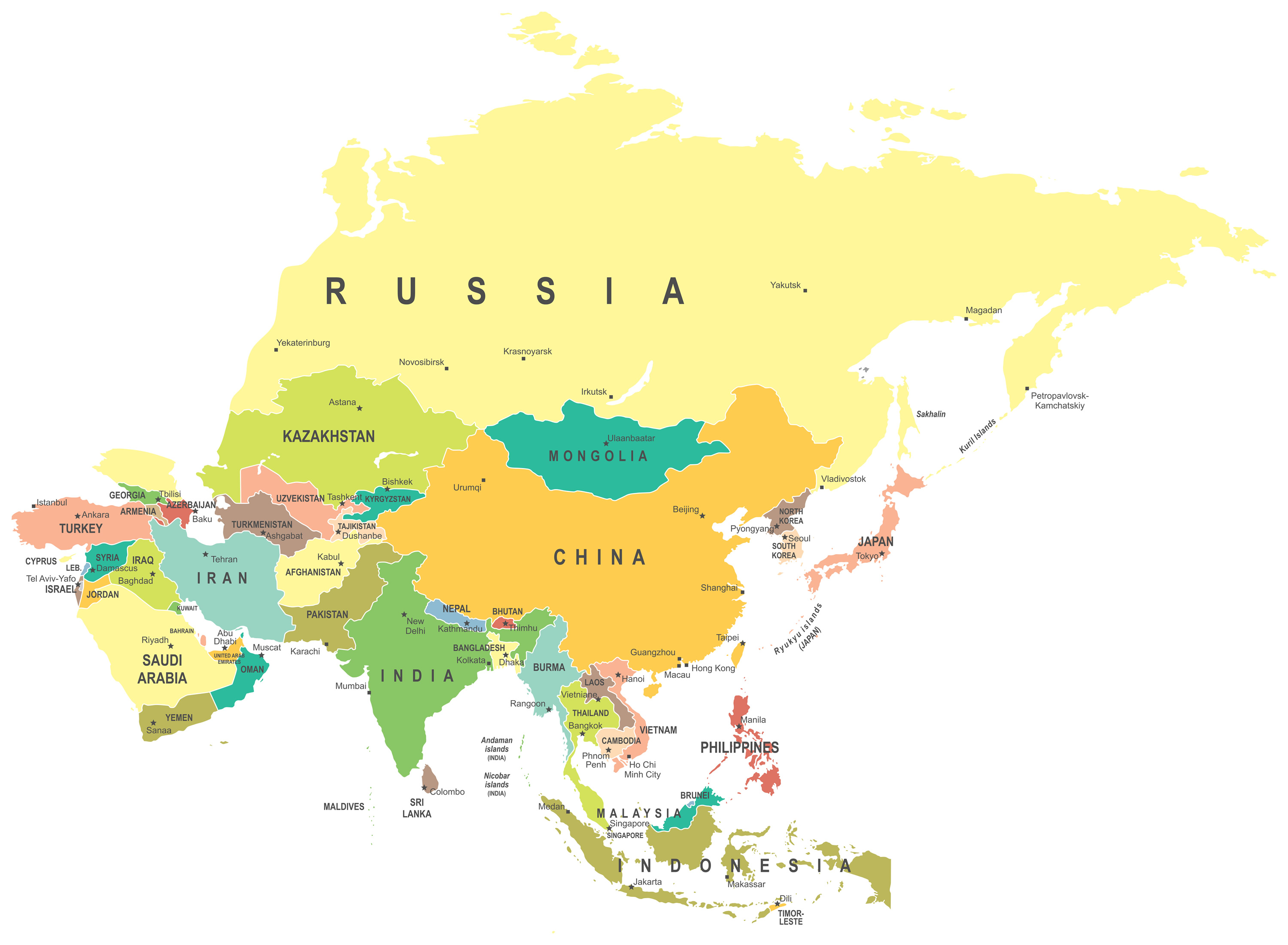 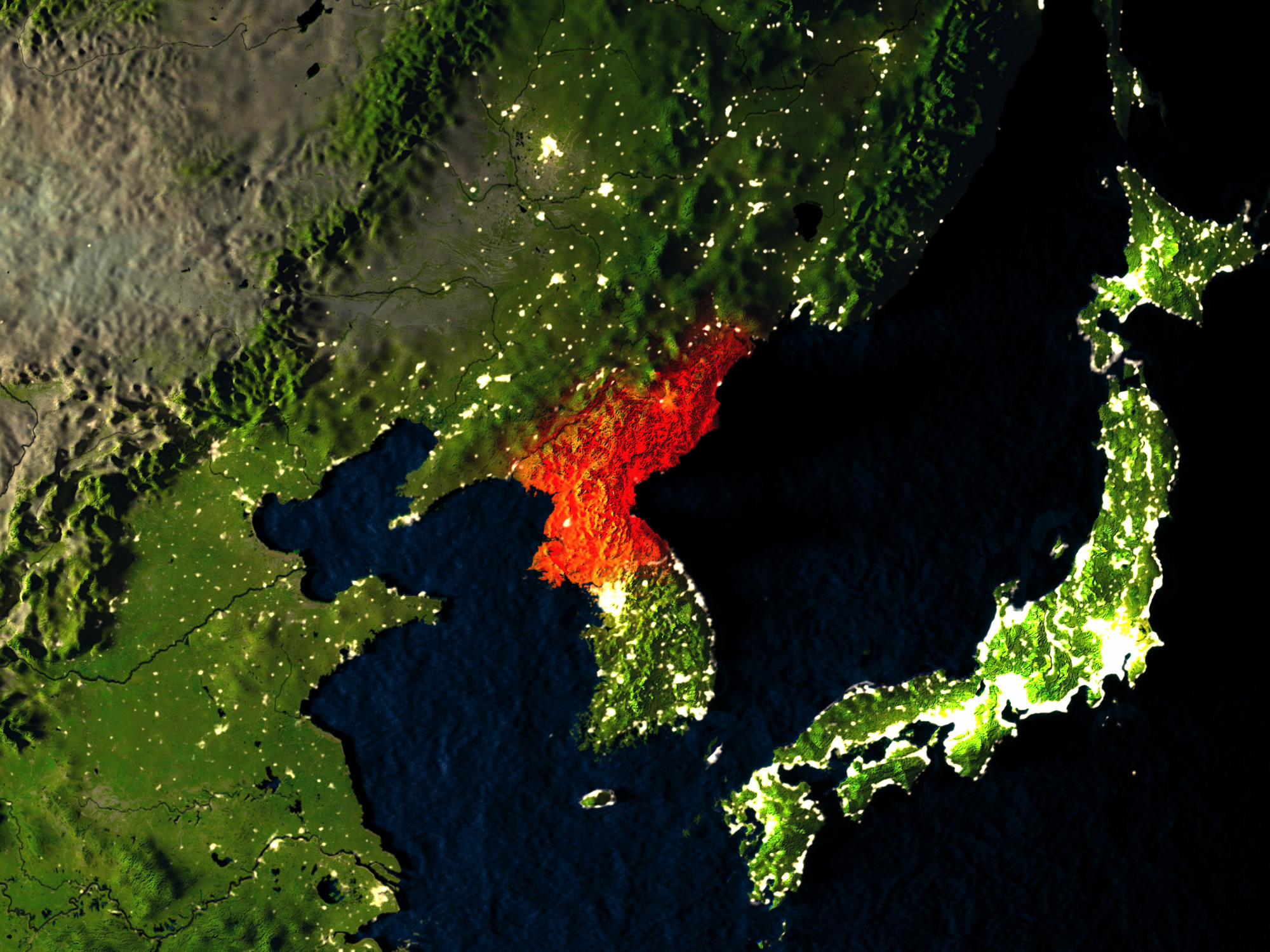 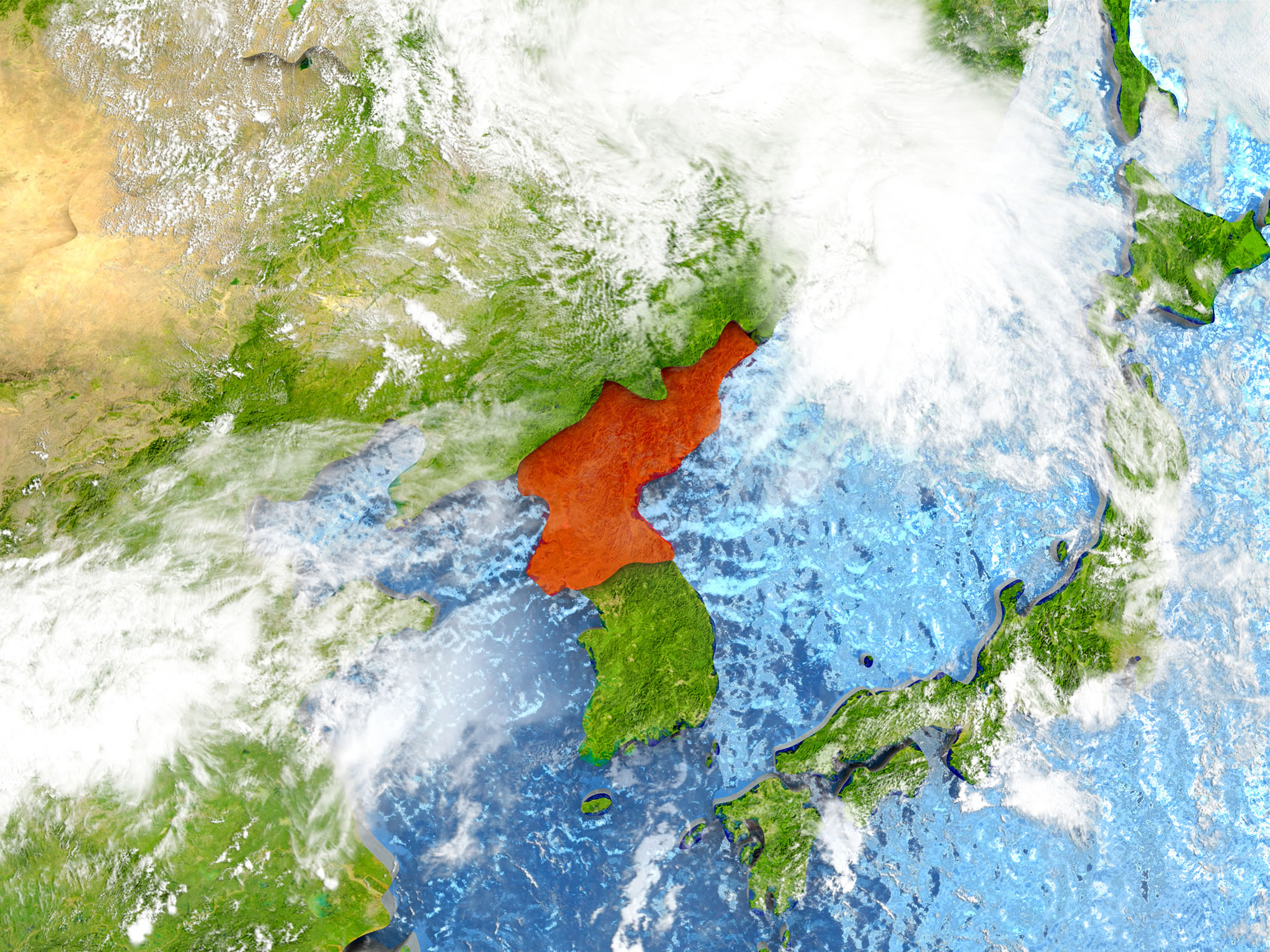 North Korea in red on map with detailed landmass texture, realistic watery oceans and clouds above the surface. 3D illustration. 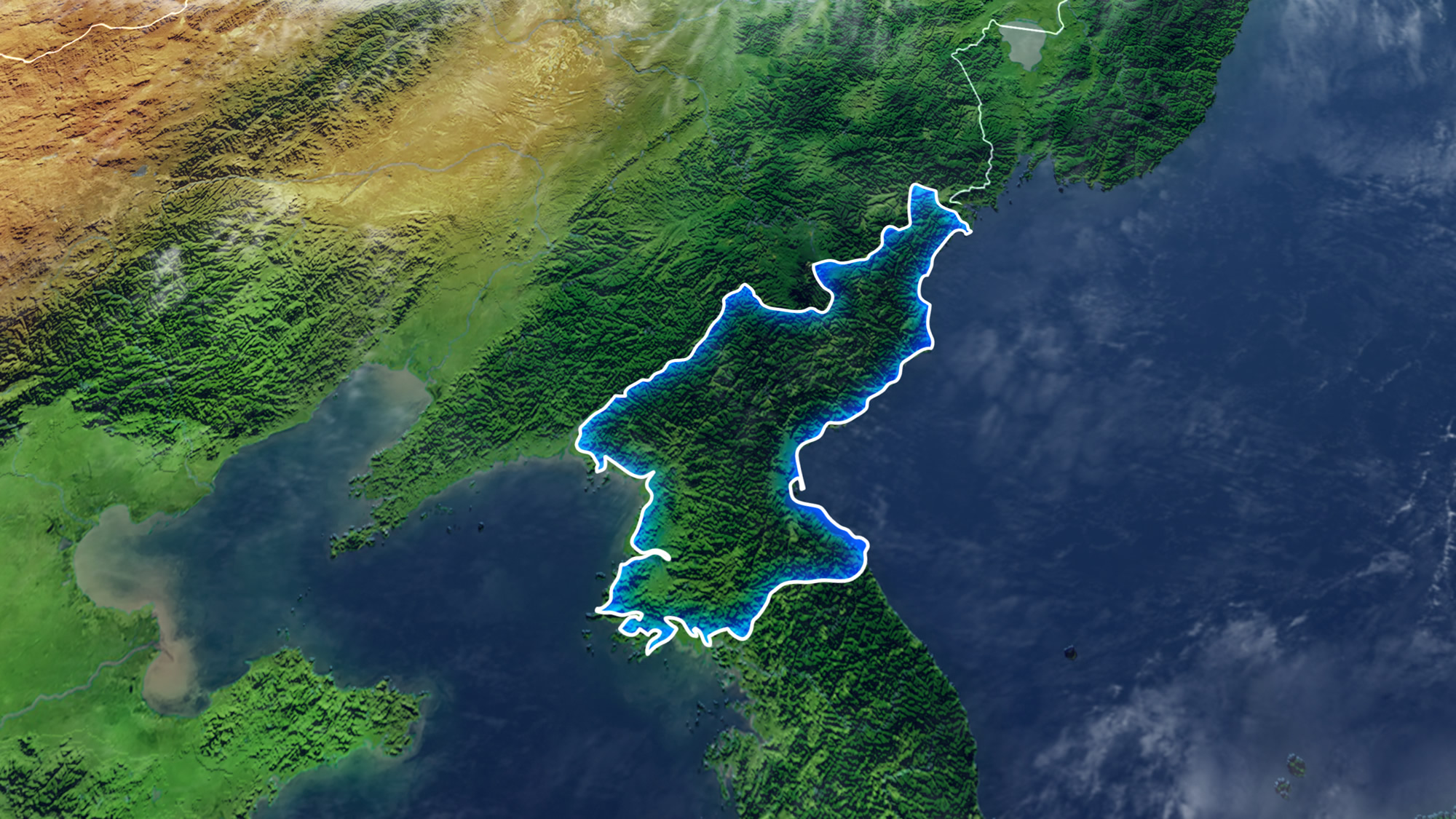