You are at:Home»Maps»Asia»Where is Taiwan and Highly Detailed Taiwan Maps

Where is Taiwan and Highly Detailed Taiwan Maps

Taiwan is a small Island and is situeated in Southeast Asia. Taiwan lies between China and Japan, but it is currently not recognised as an official country in the World, as it is claimed by the Republic of China (ROC). 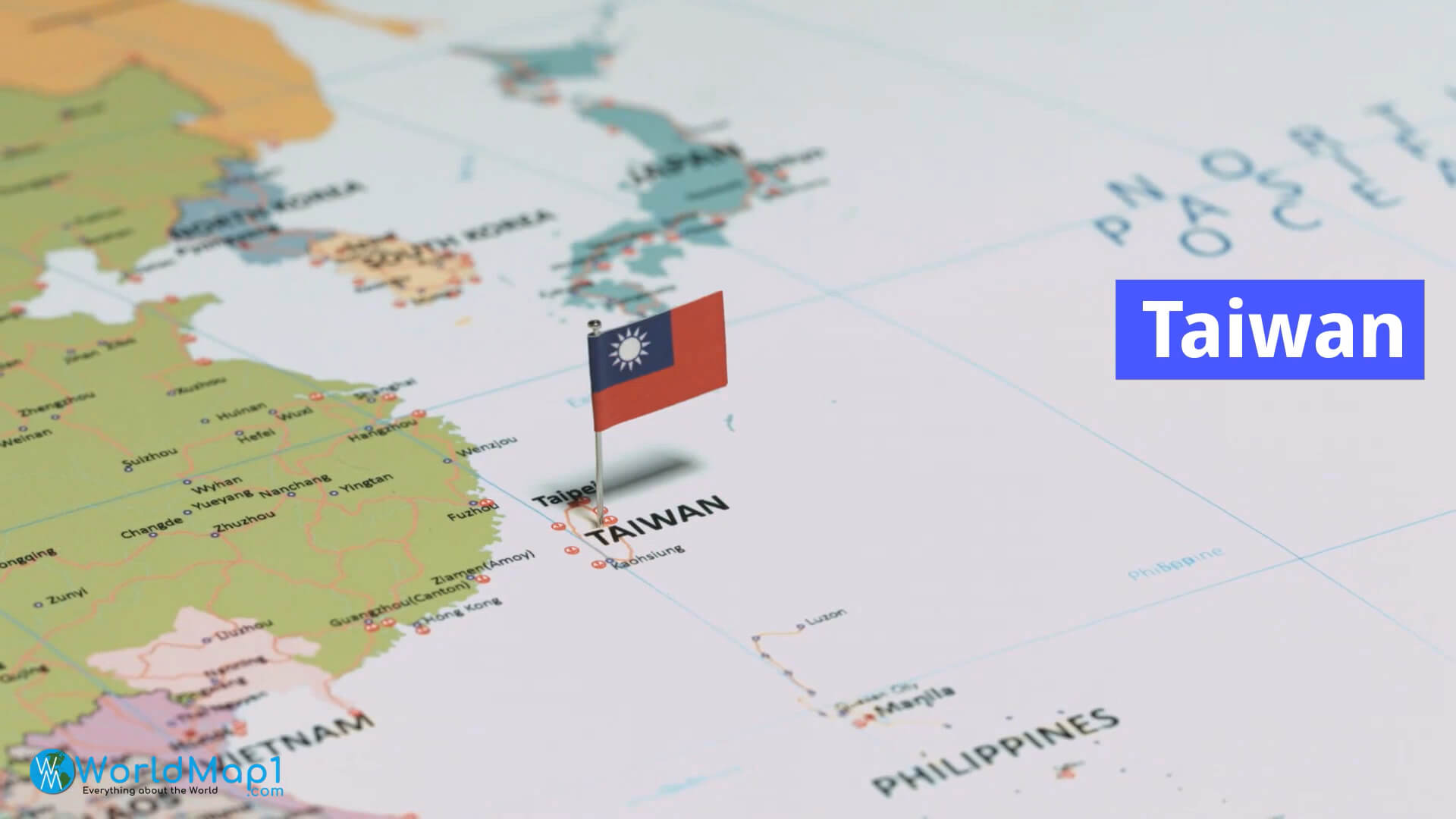 Watch Now Where is Taiwan in Asia, Is Taiwan US Ally?

Taiwan is the 11th largest exporter in the world and its main exports are semiconductors, machines, vehicles and petrochemicals.

Taiwan is recently, many service industries have also begun to emerge such as finance, information technology and research and development, which have become the primary industries in Taiwan.

The service sector constitutes the majority of Taiwan’s GDP at 72%, whereas the industrial sector accounts for 26% of GDP. The top 10 contributors to Taiwan’s export revenue are China (including Hong Kong), Japan, South Korea, United States, Singapore, Germany, Philippines, Indonesia, Malaysia and Thailand. In 2007, agriculture made up only 2% of Taiwan’s GDP or approximately $4 billion USD.

Outlined and Colorful Map of Taiwan

Plate Map of Taiwan and Asia

Pyhsical Map of Taiwan and China

Satellite Map of Taiwan from Space

Satellite Map of Taiwan with Flag