You are at:Home»Travel»Australia»Australia has the climate to suit everyone 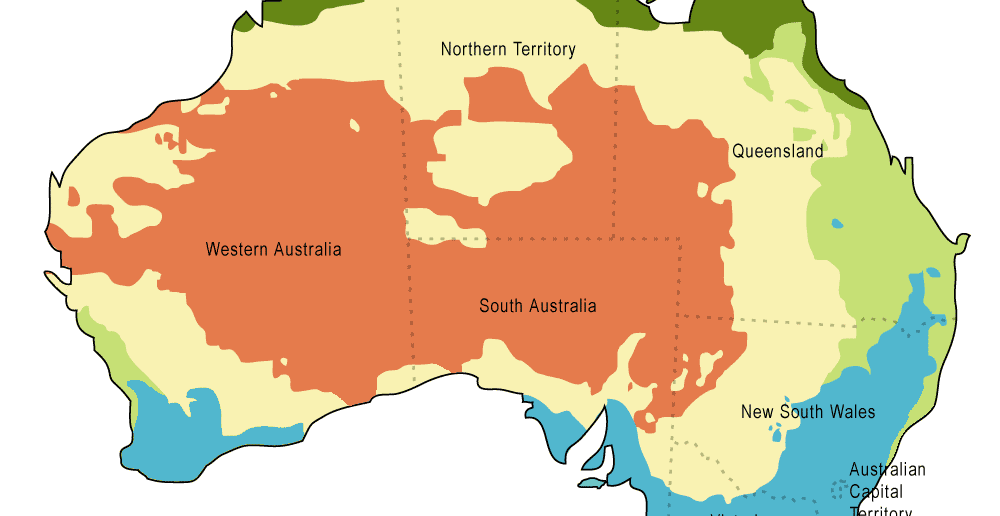 Australia has the climate to suit everyone 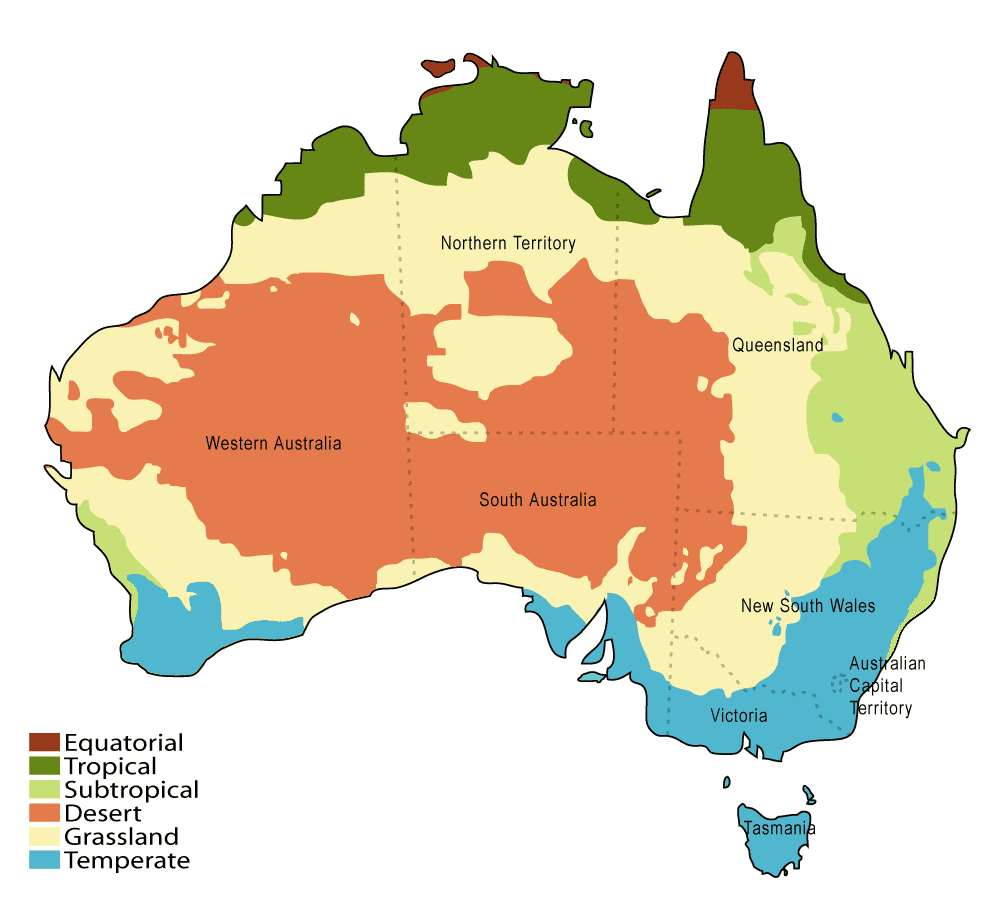 Australia’s climate is governed largely by its size and by the hot, sinking air of the subtropical high pressure belt. This moves north and south with Antarctica. But it is variable, with frequent droughts lasting several seasons—thought to be caused in part by the El Niño-Southern Oscillation.

The climate varies widely due to its large geographical size, but by far the largest part of Australia is desert or semi-arid. Only the south-east and south-west corners have a temperate climate and moderately fertile soil. The northern part of the country has a tropical climate, varied between tropical rainforests, grasslands and part desert.

Things you should know Australia climate before you move to Australia. 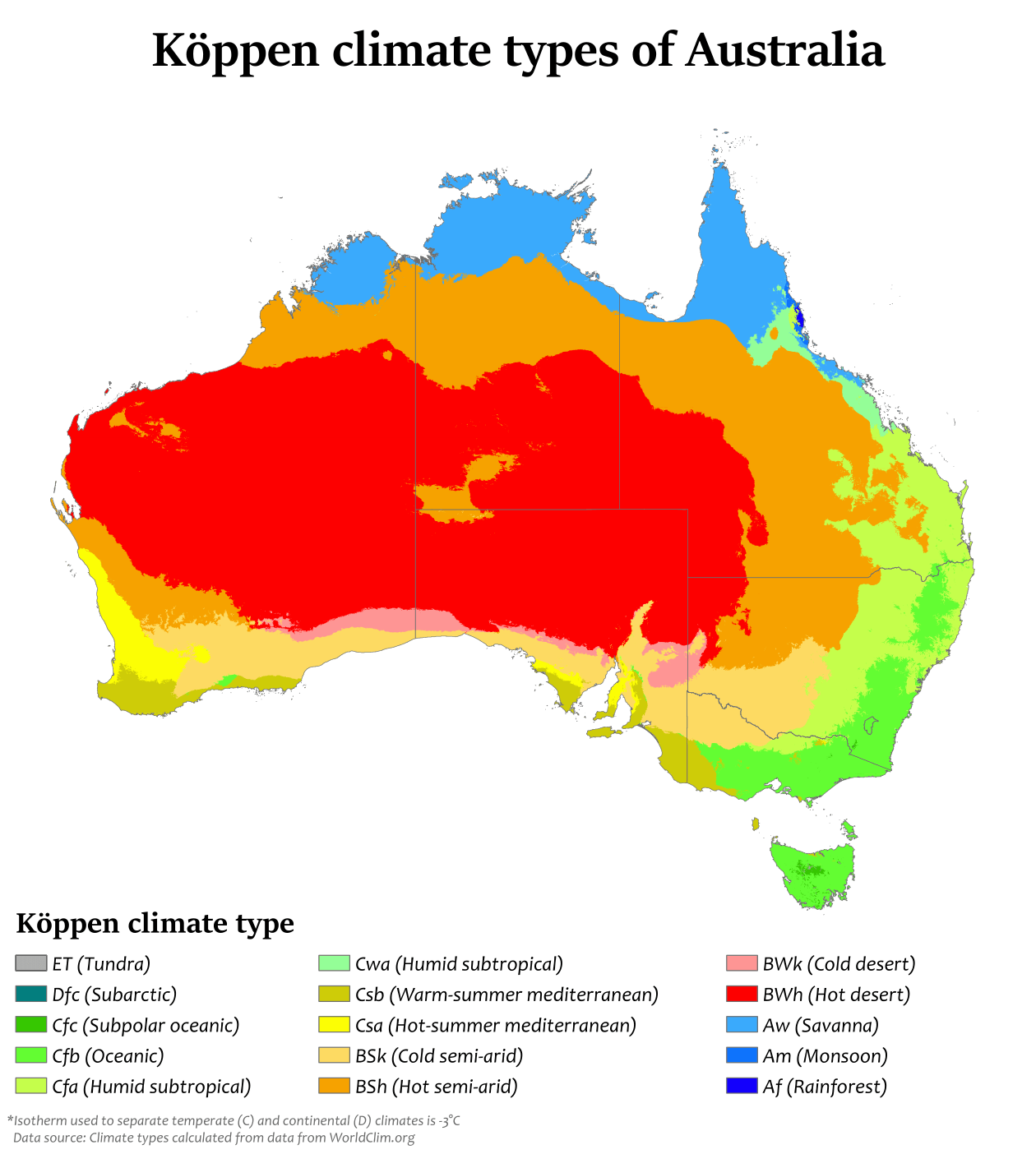 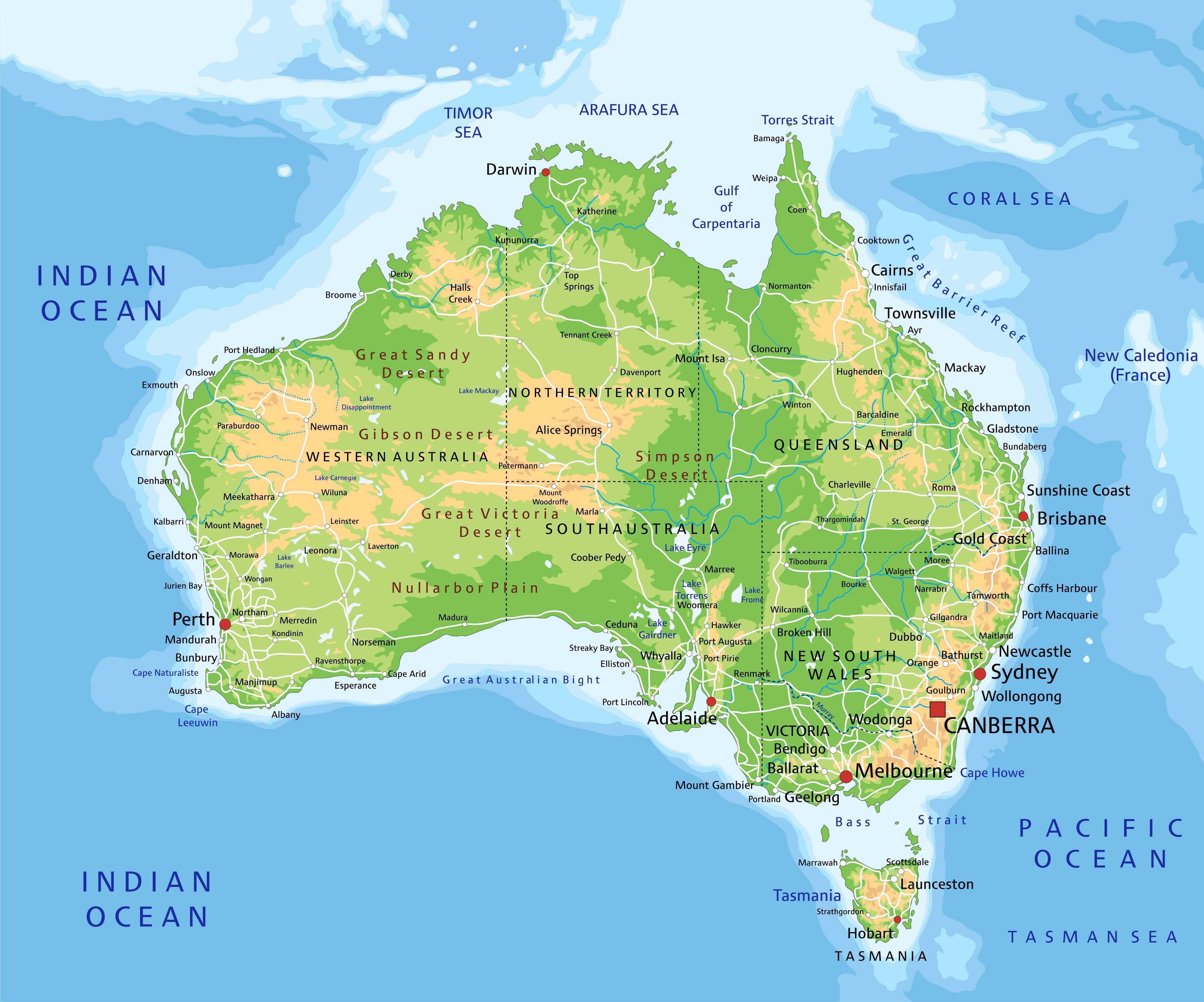 If you prefer hotter weather, then you will most likely prefer Australia’s north region. Northern Australia encompasses desert and tropical regions across three states and territories – Western Australia, the Northern Territory and Queensland.

Meanwhile, for those that prefer milder weather, Australia’s southern states are for you. Including Victoria, Tasmania and South Australia, the south typically offers a steady, cooler climate. 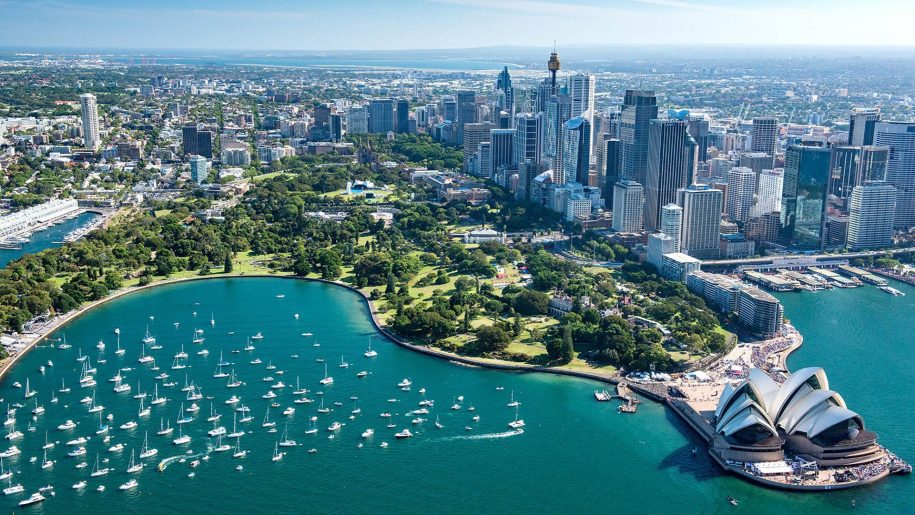 Just like Australia itself, the temperature across New South Wales varies considerably with very high temperatures in NSW’s northwest and very cold temperatures in its southern alpine regions. The rest of the state enjoys a temperate climate. 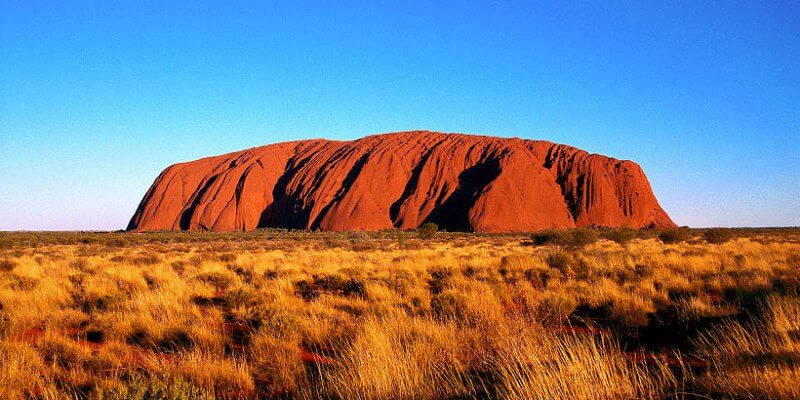 With an average winter low of 20C in its capital city, Darwin, the mercury regularly hits 40C in desert regions, like Alice Springs. 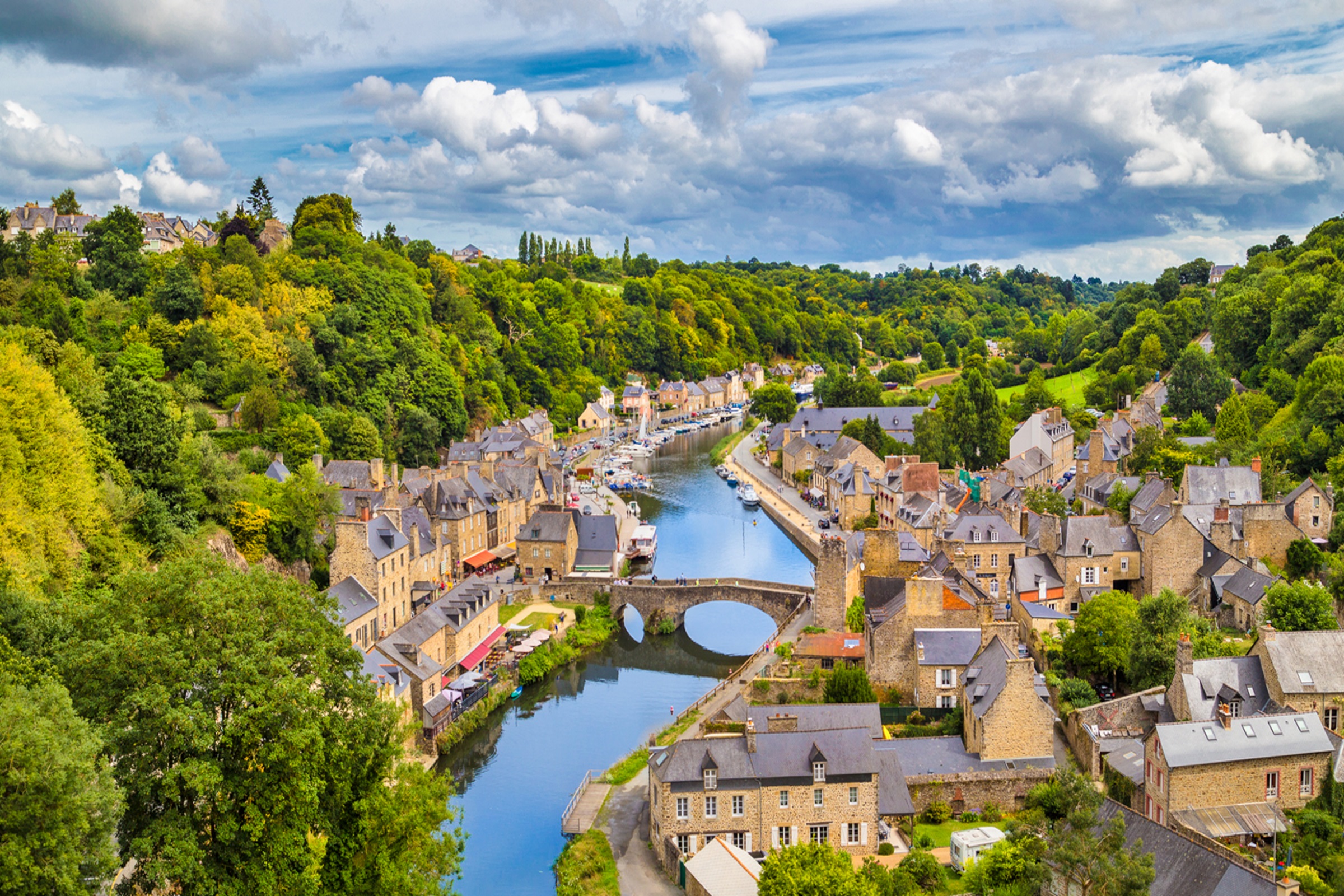 Those along the coast enjoy Mediterranean conditions, with temperate winters and warm, dry summers. Further north, in the South Australian outback, towns like Coober Pedy experience days that reach 40C. Adelaide, the capital, reaches an average summer high and low of 28C and 17C, while winter cools down to 16C and 8C.

The state’s capital, Hobart, enjoys a comfortable summer high and low of 21C and 12C, while winter is mild with a high of 12C and a cooling low of 5C. The west coast of Tasmania experiences the most rainfall and there’s snowfall in the mountains at wintertime. 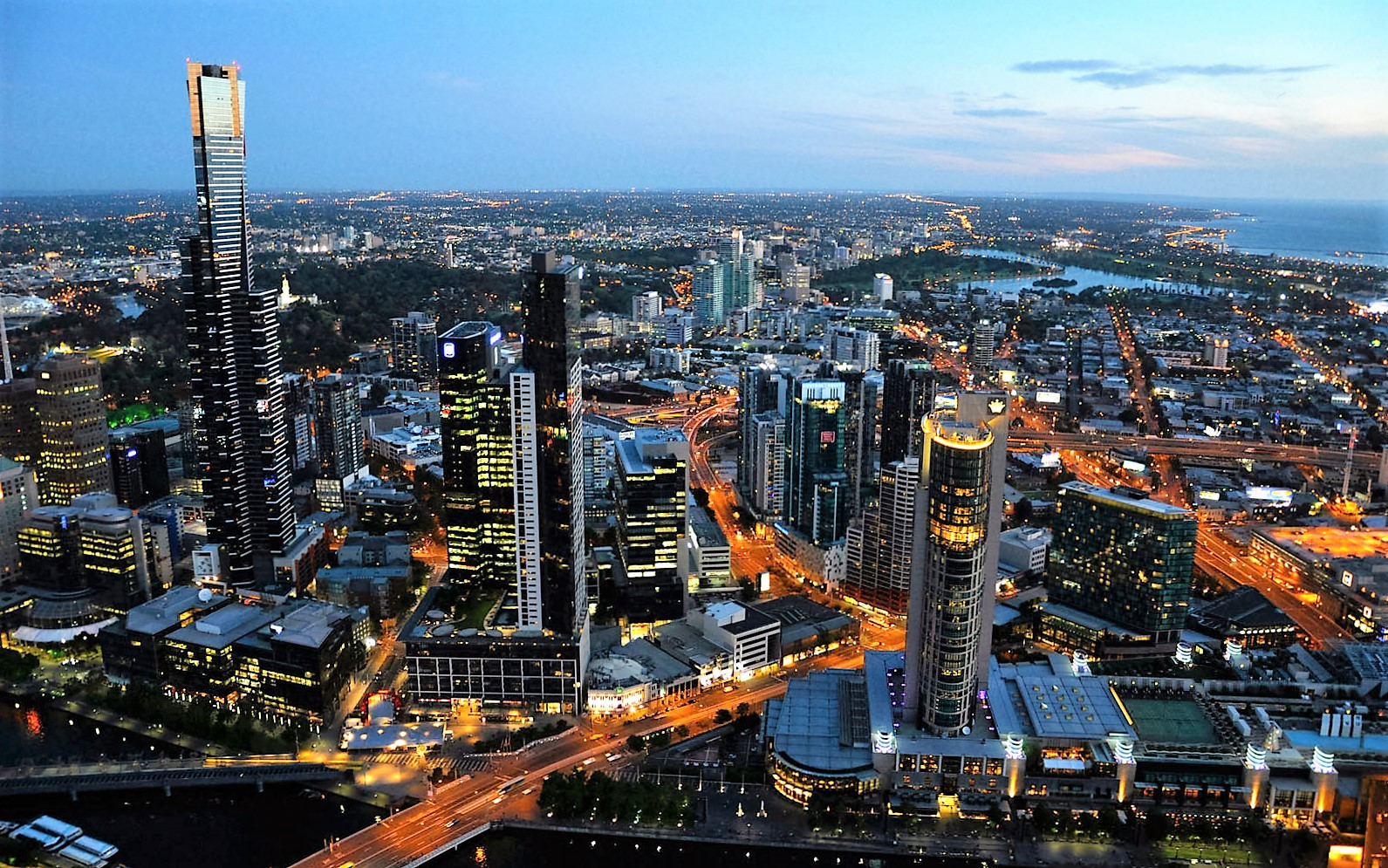 An average Melbourne summer tops 25C and cools to 14C, while winter is considerably chillier with an average top of 14C and a low of 7C. Further north in the state, the weather is drier and warmer as it reaches the border of New South Wales. 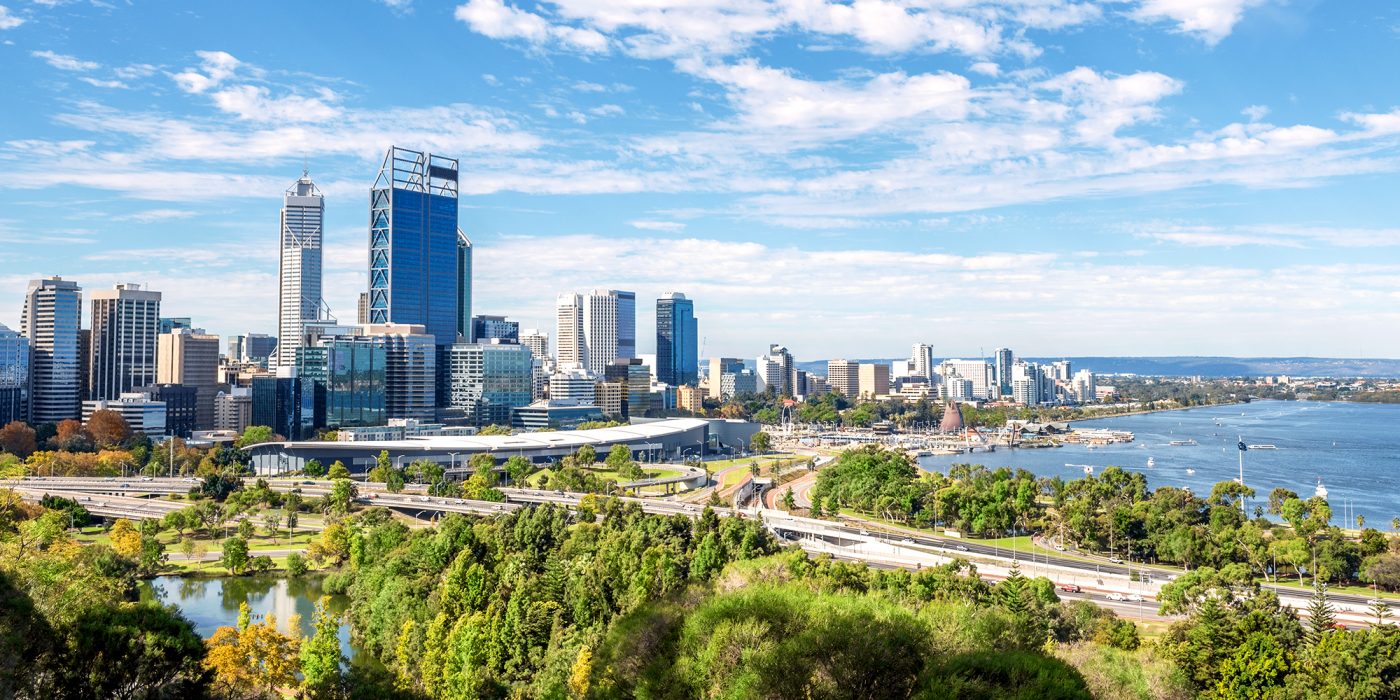 The south of the state offers temperatures reminiscent of the Mediterranean, with the state’s capital averaging a balmy high of 29C in summer and a low of 17C, while winters are generally mild but wet.

Up north, in Western Australia’s outback it’s not uncommon for the mercury to hit 40C by day and plummet to zero by night. Brilliant electrical storms are also common in the top end.

Australia, for the most part, is a pretty warm place, even during the coldest times only bottoming out in Sydney at about 10 degrees Celsius (50 degrees Fahrenheit). It’s even warmer in northern areas, where it mostly just gets less humid and rains less. … In fact, Australia’s winter weather is better for some things.

What is the climate in Sydney Australia?

Sydney enjoys a sunny climate with mild winters and warm summers, perfect for making the most of the outdoors. Plan ahead with this information on temperature and rainfall. During summer, average temperatures range from 18.6 – 25.8°C (65.5 – 78.4°F), and average humidity spikes to 65%.

The seasons in the temperate zone are described in terms of European seasons applied to the southern hemisphere in the following sequence: