Netherlands has a population of 16,751,323 people, Netherlands’s largest city Amsterdam is the capital of Netherlands. 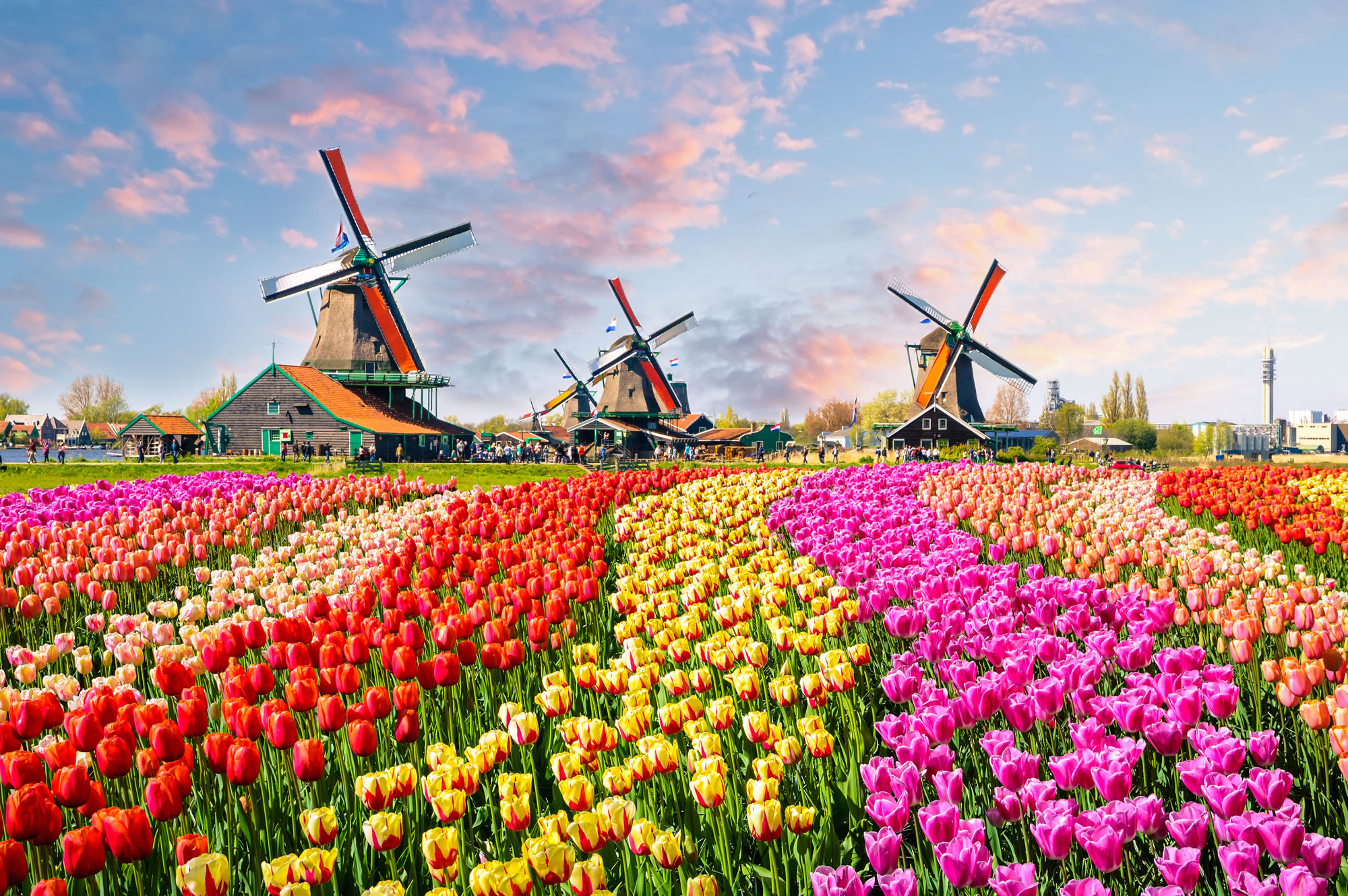 Landscape with tulips, traditional dutch windmills and houses near the canal in Zaanse Schans, Netherlands, Europe 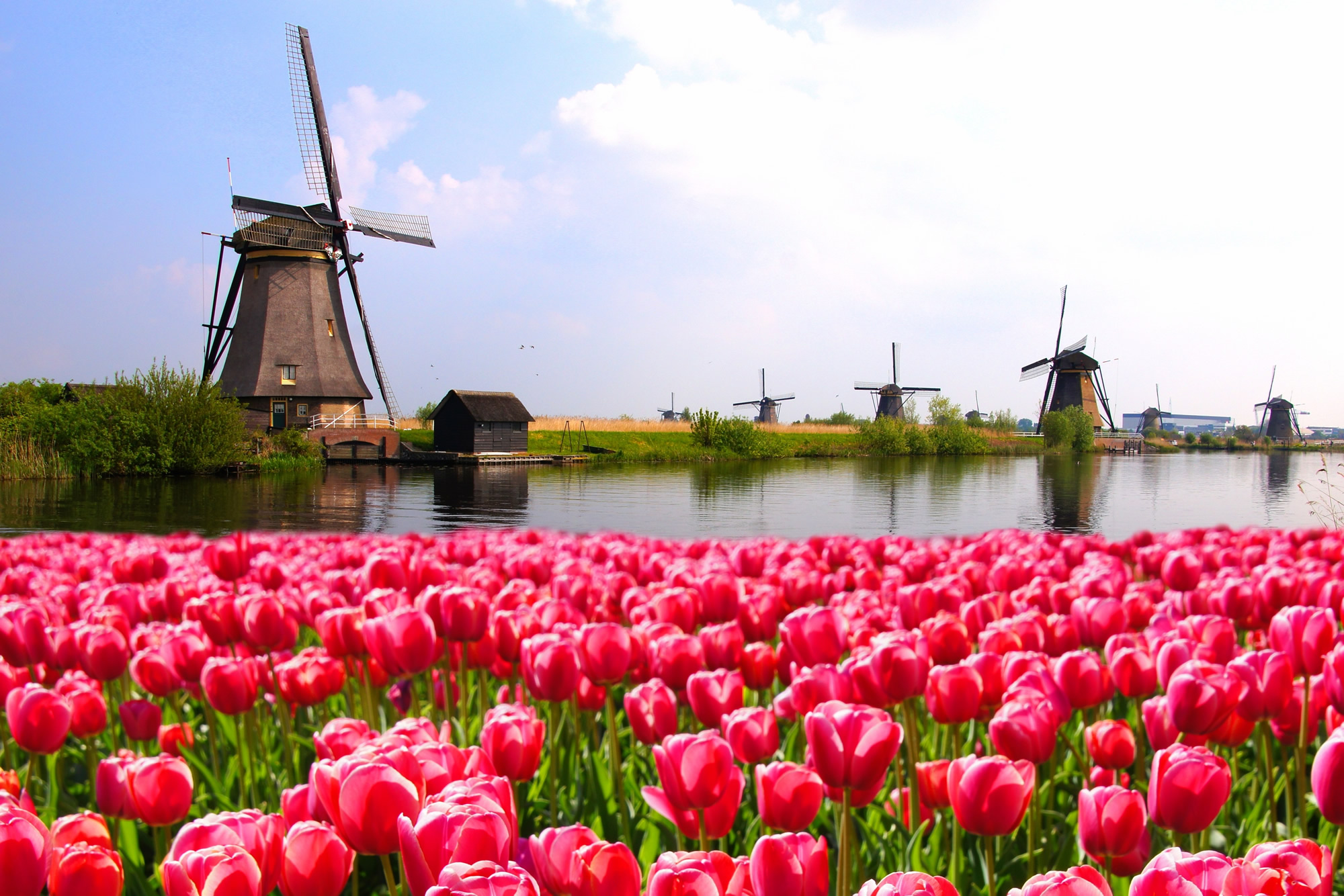 Vibrant pink tulips with Dutch windmills along a canal, Netherlands. 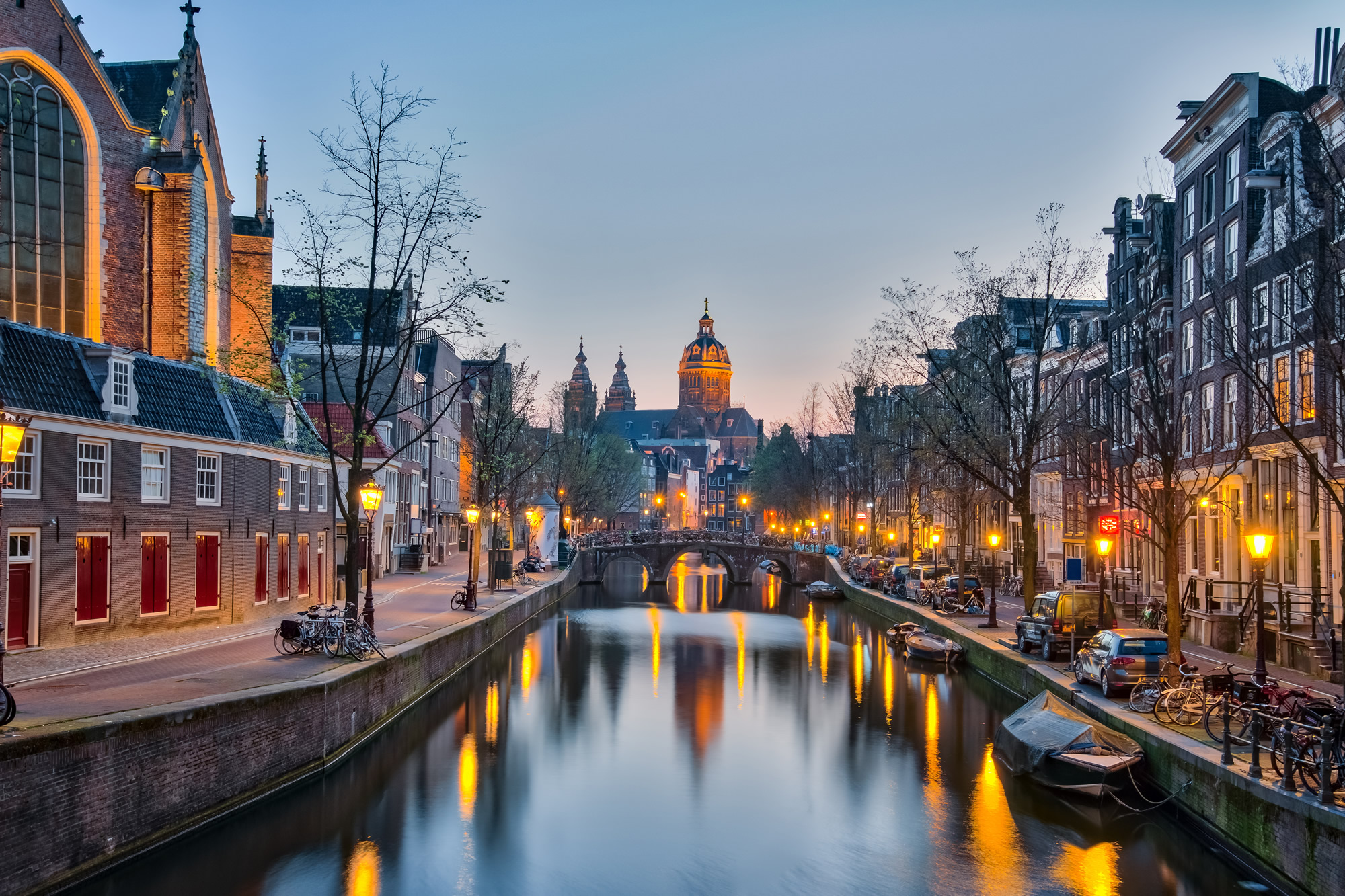 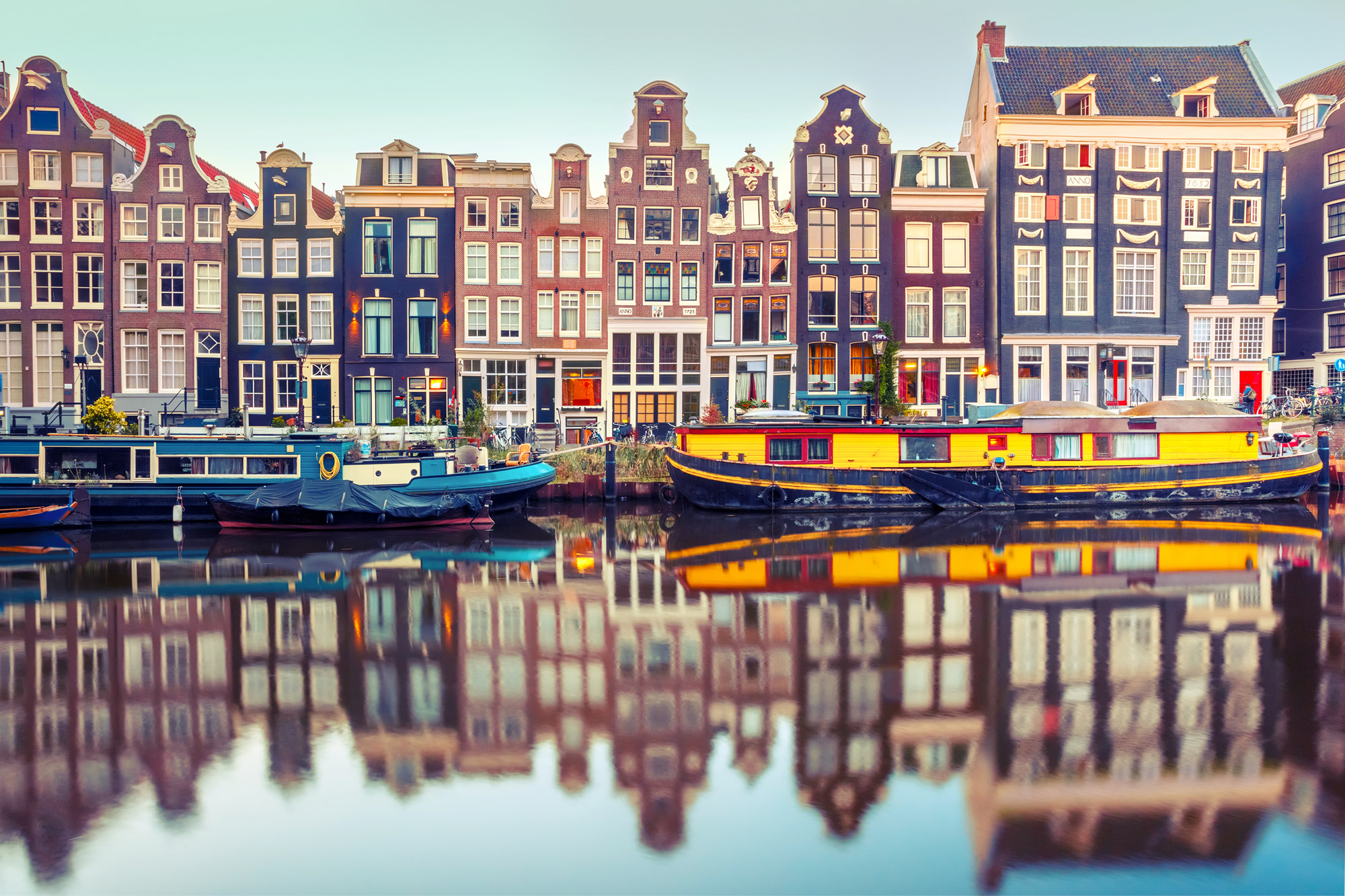 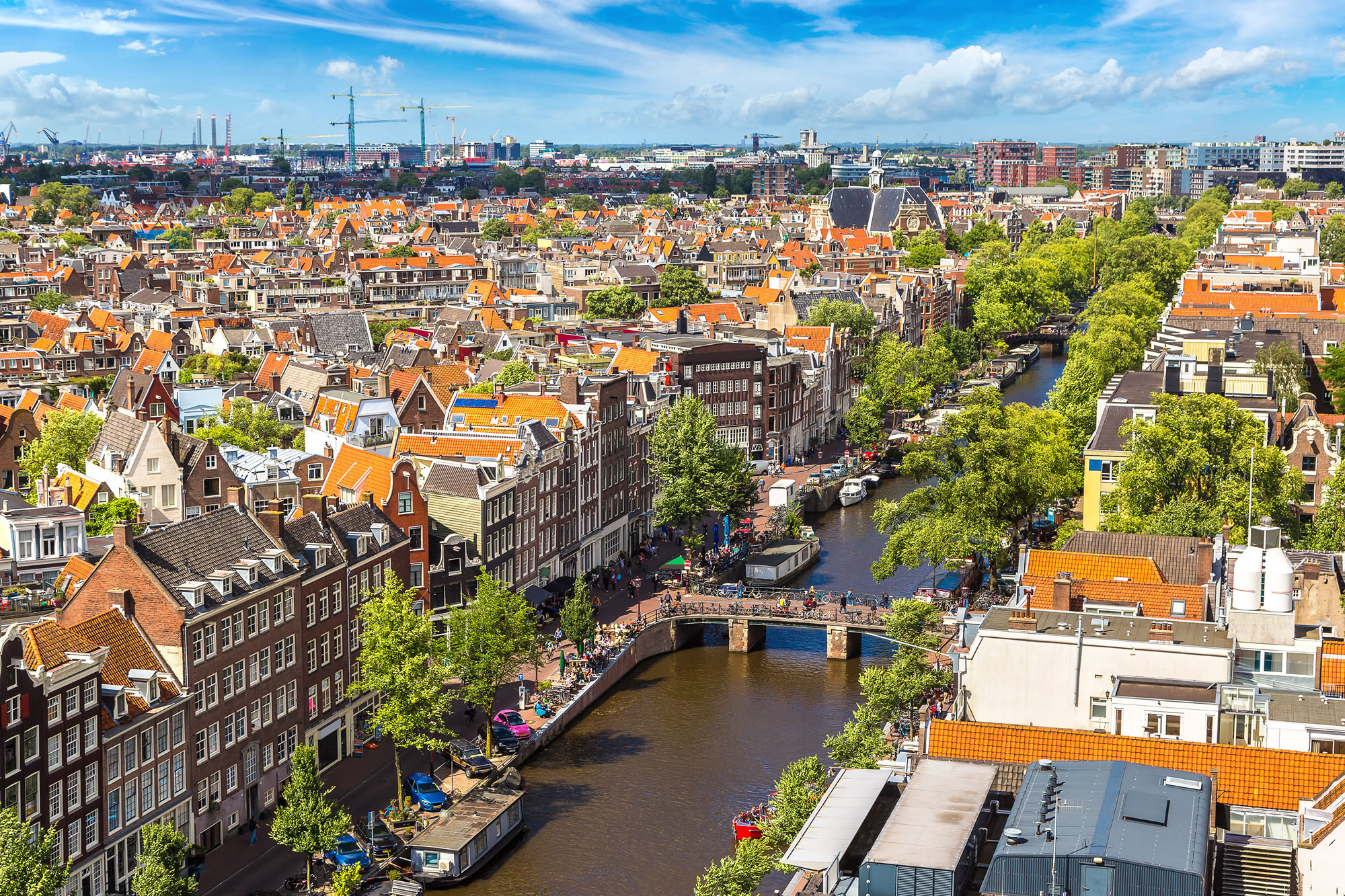 Panoramic aerial view of Amsterdam in a beautiful summer day, The Netherlands.