You are at:Home»Maps»Map of Louisiana 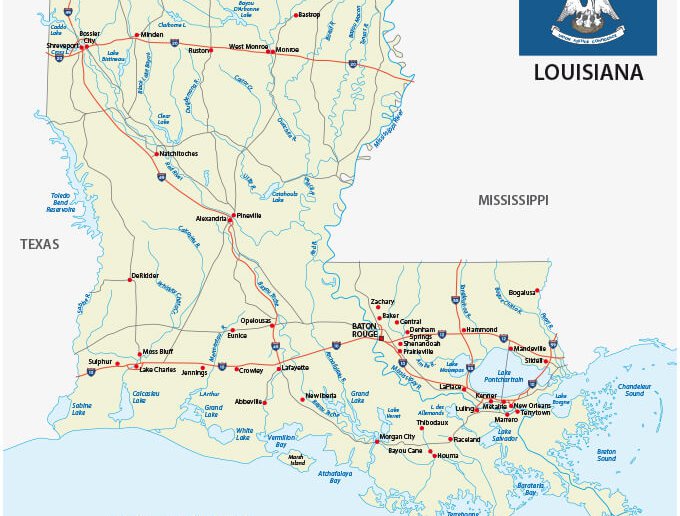 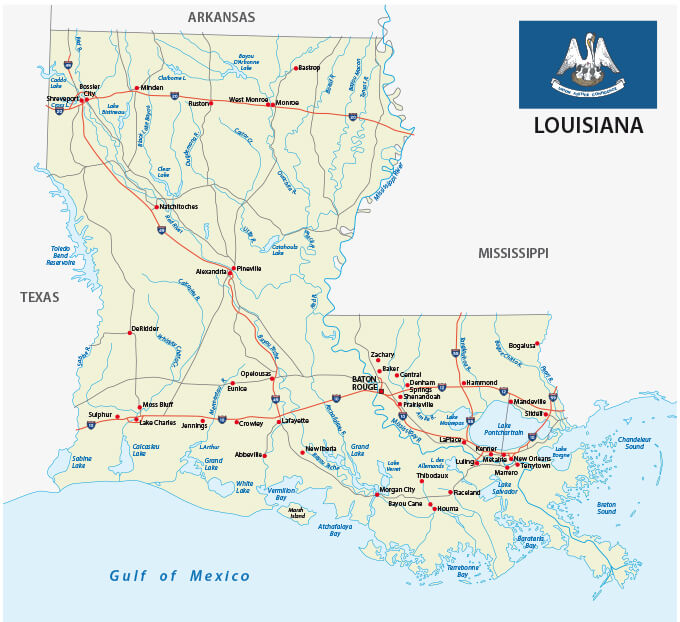 Louisiana interstate map with flag, US. 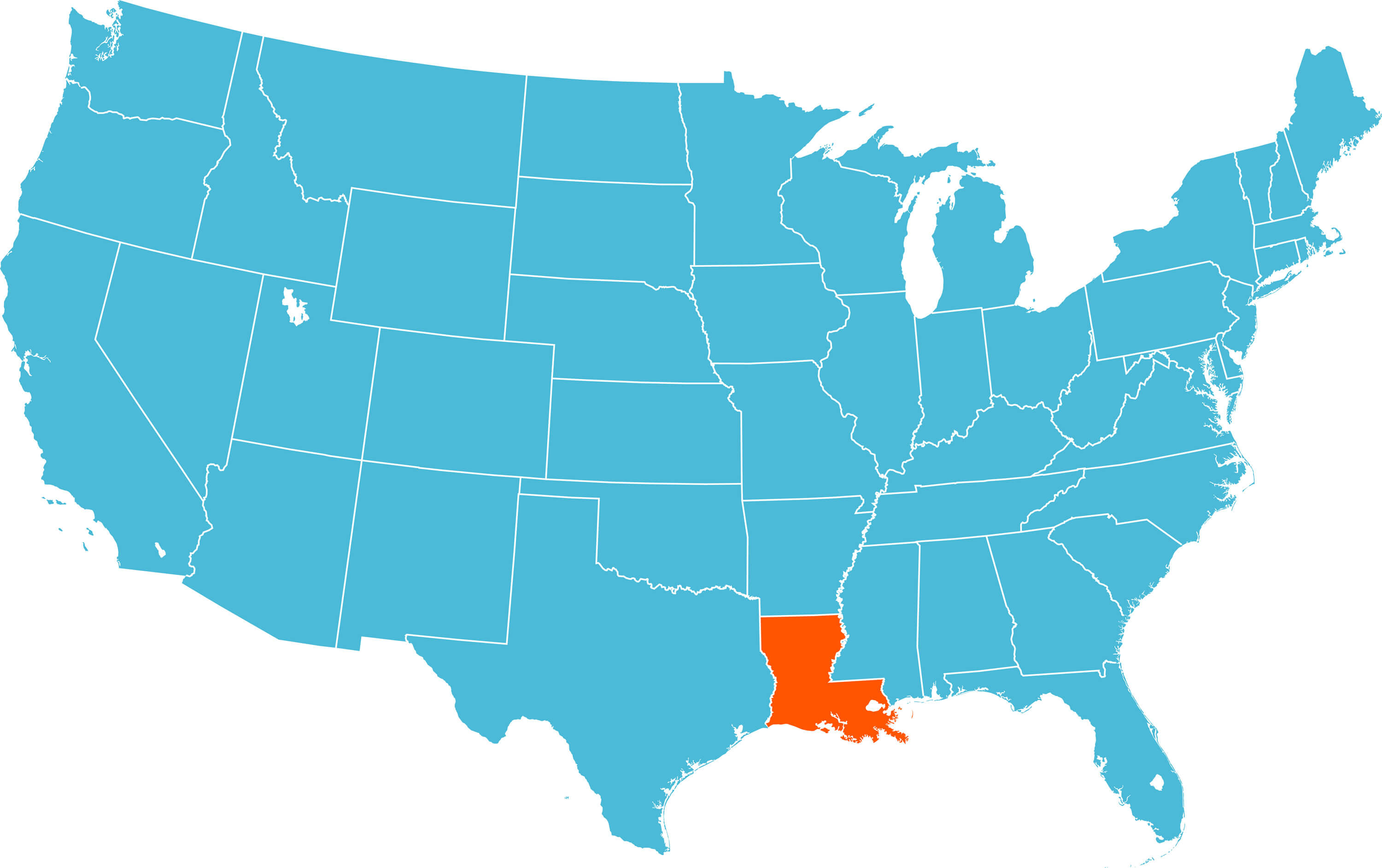 Louisiana State Map with US states and borders. 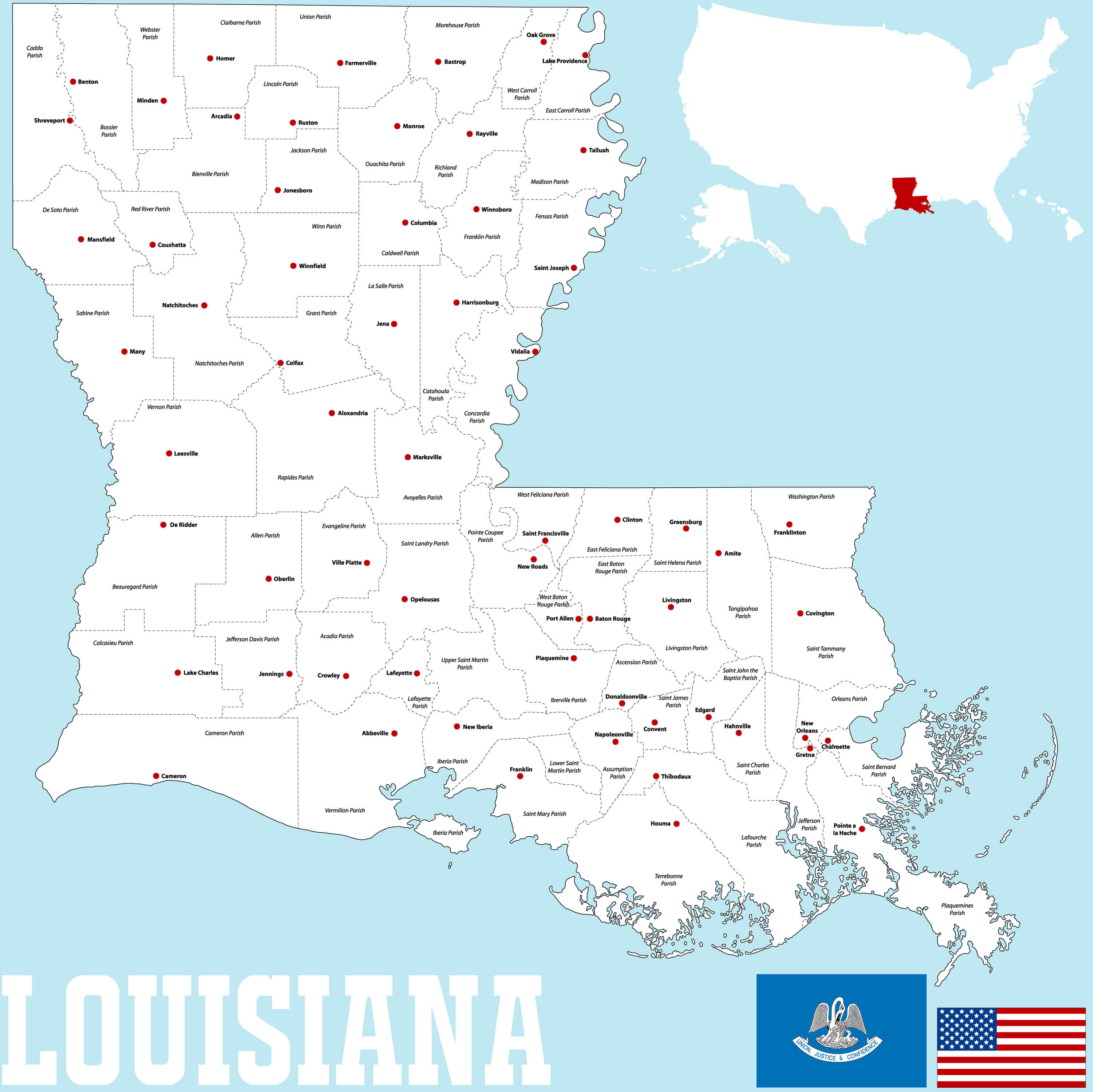 A large and detailed map of the State of Louisiana with all counties and main cities. 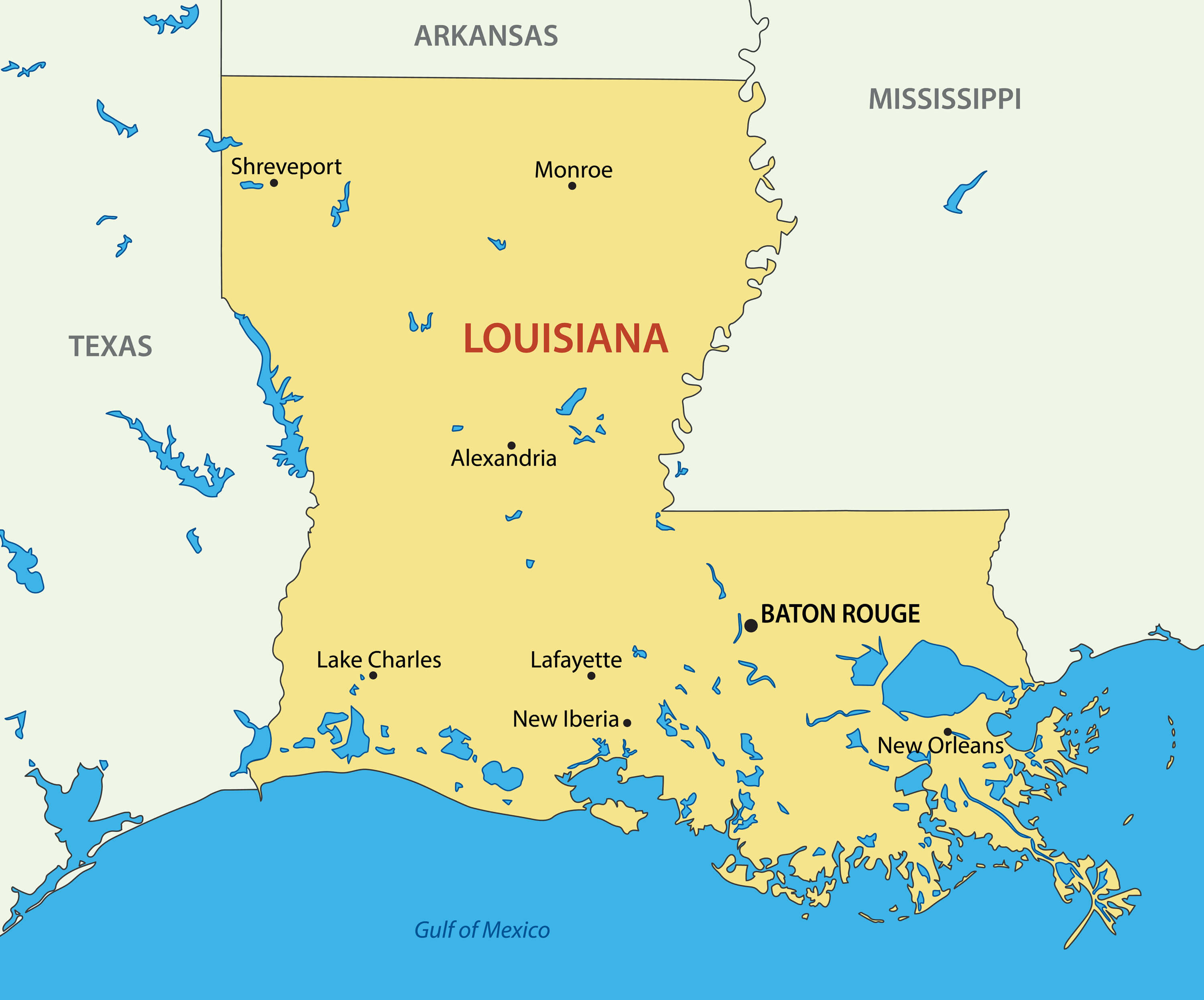 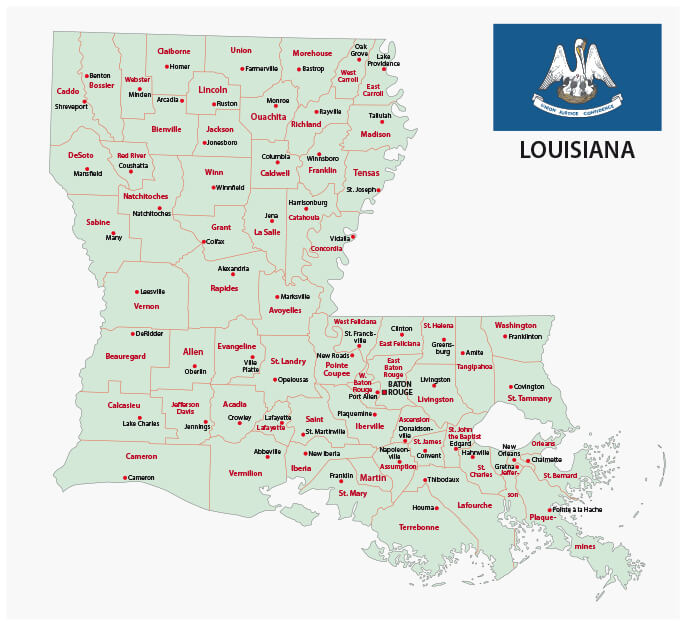 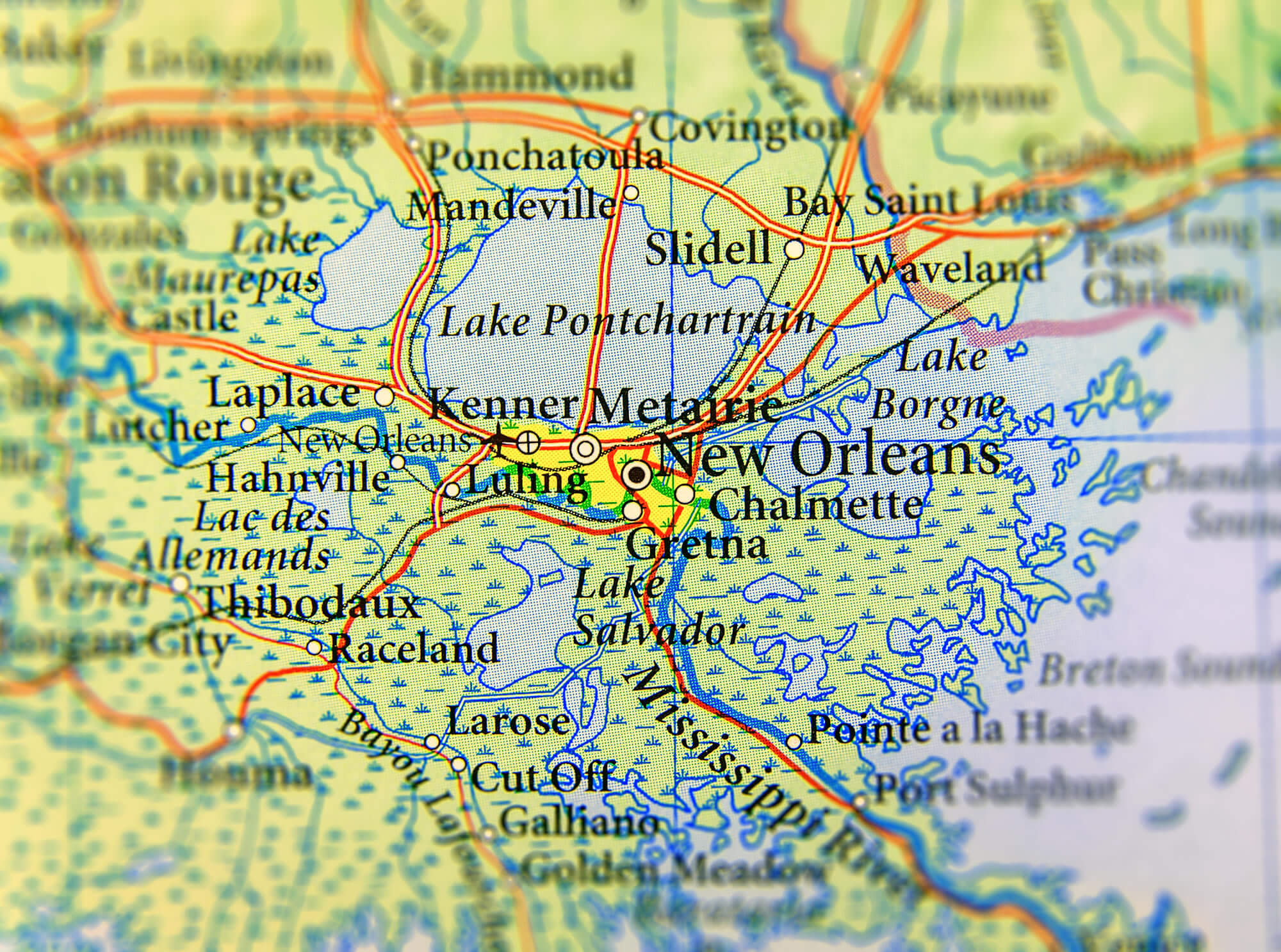 Where is Louisiana in the World?