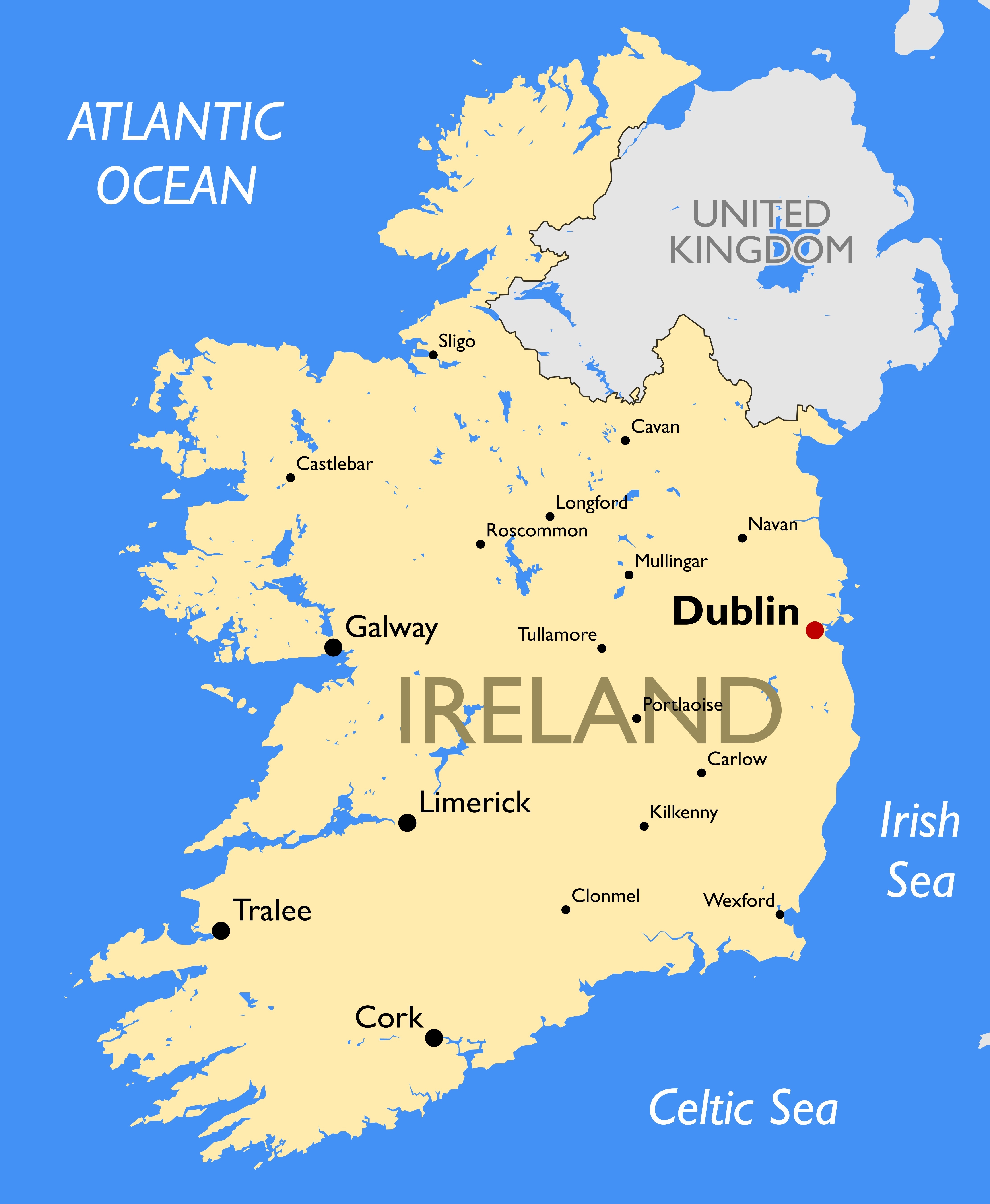 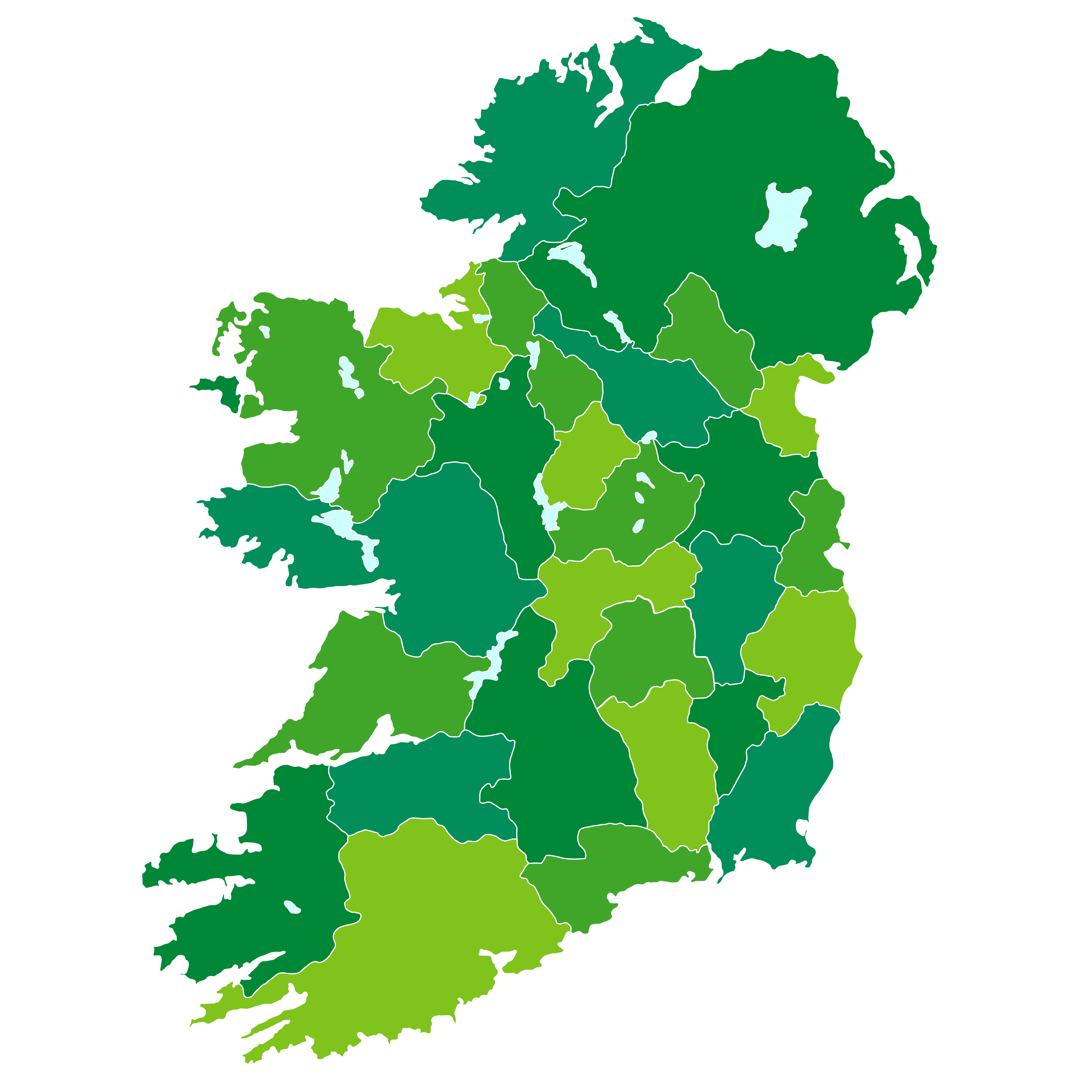 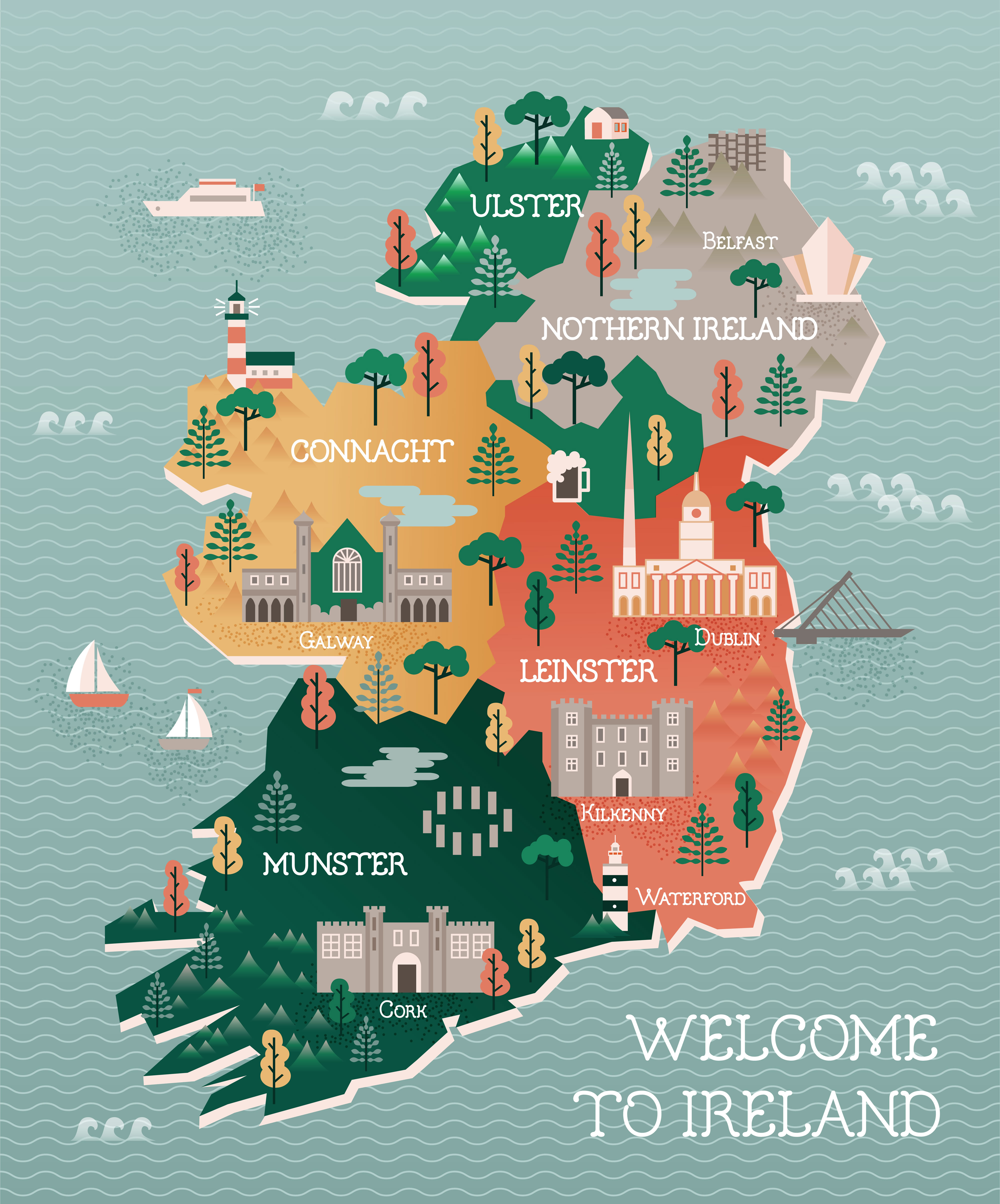 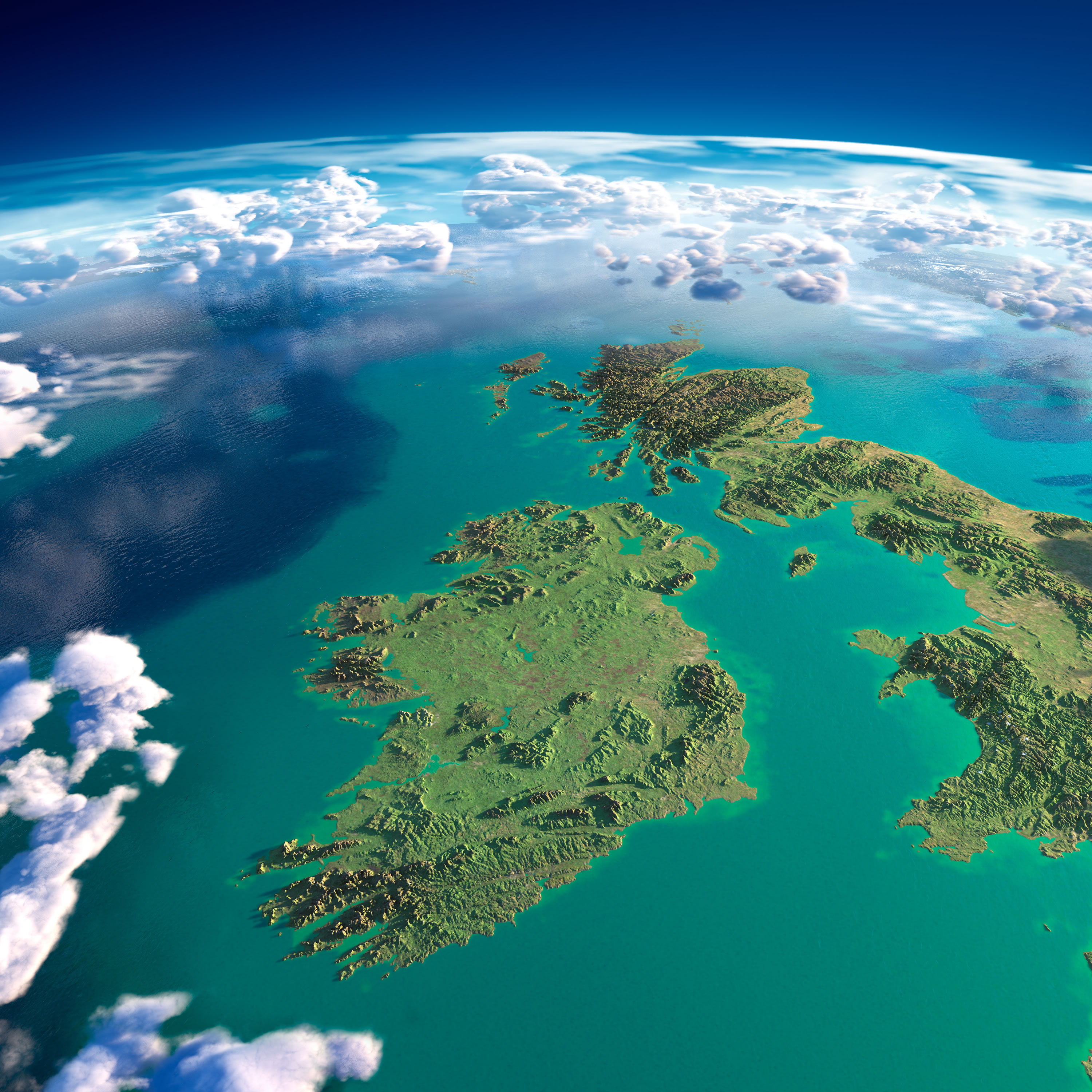 Highly detailed Ireland and UK Map with fragments of the planet Earth with exaggerated relief, translucent ocean and clouds, illuminated by the morning sun. 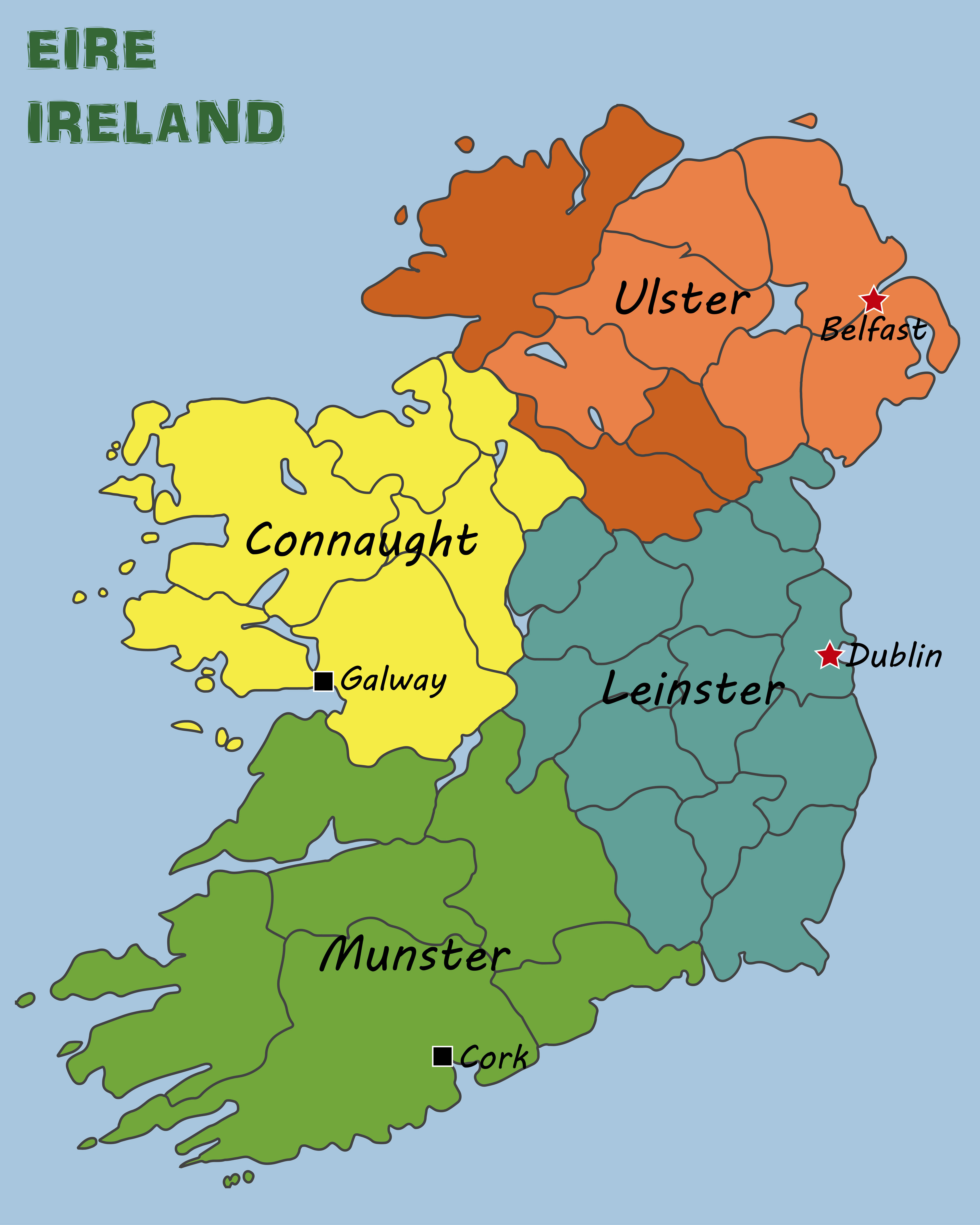 Political Map of Ireland with main cities and province borders. 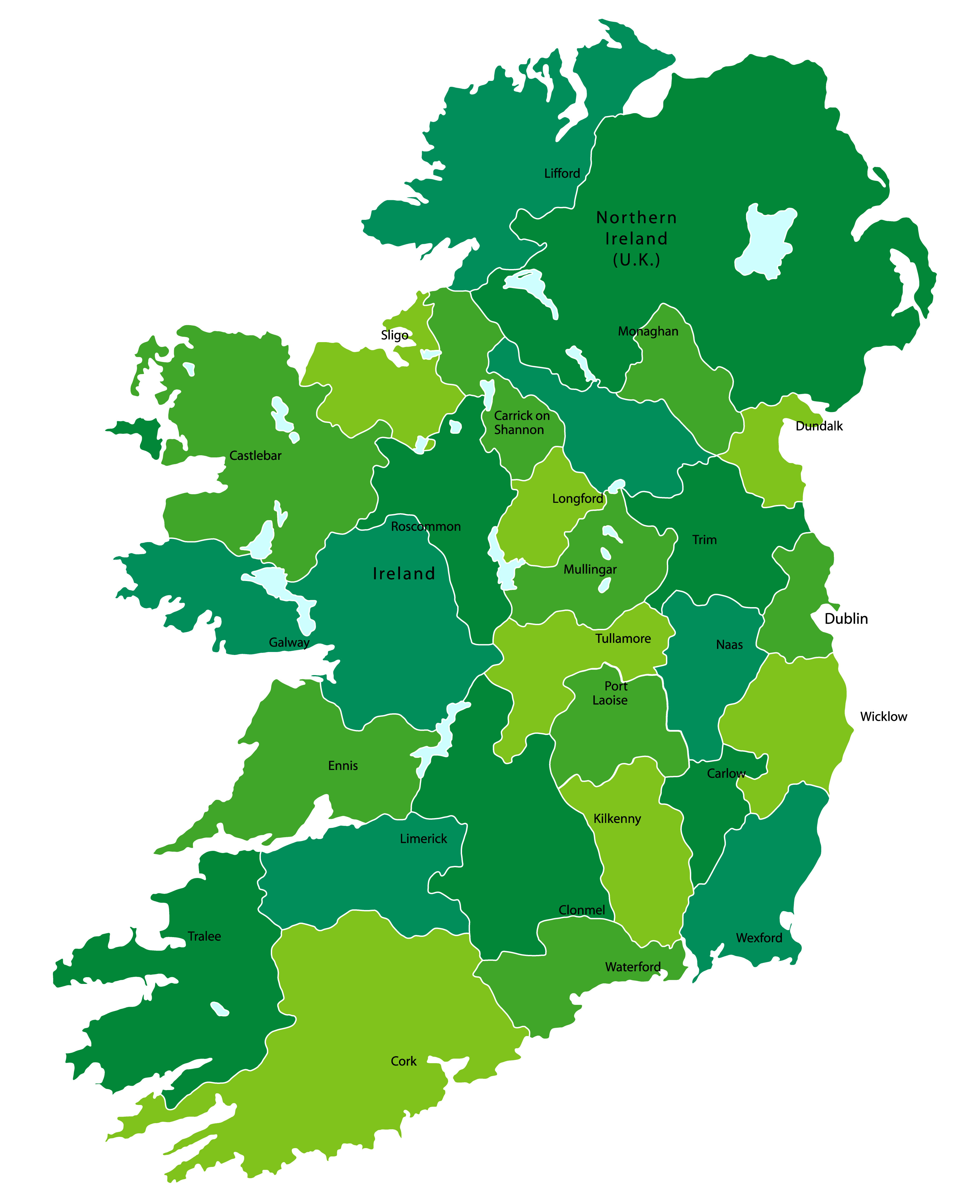 For More Map of Ireland