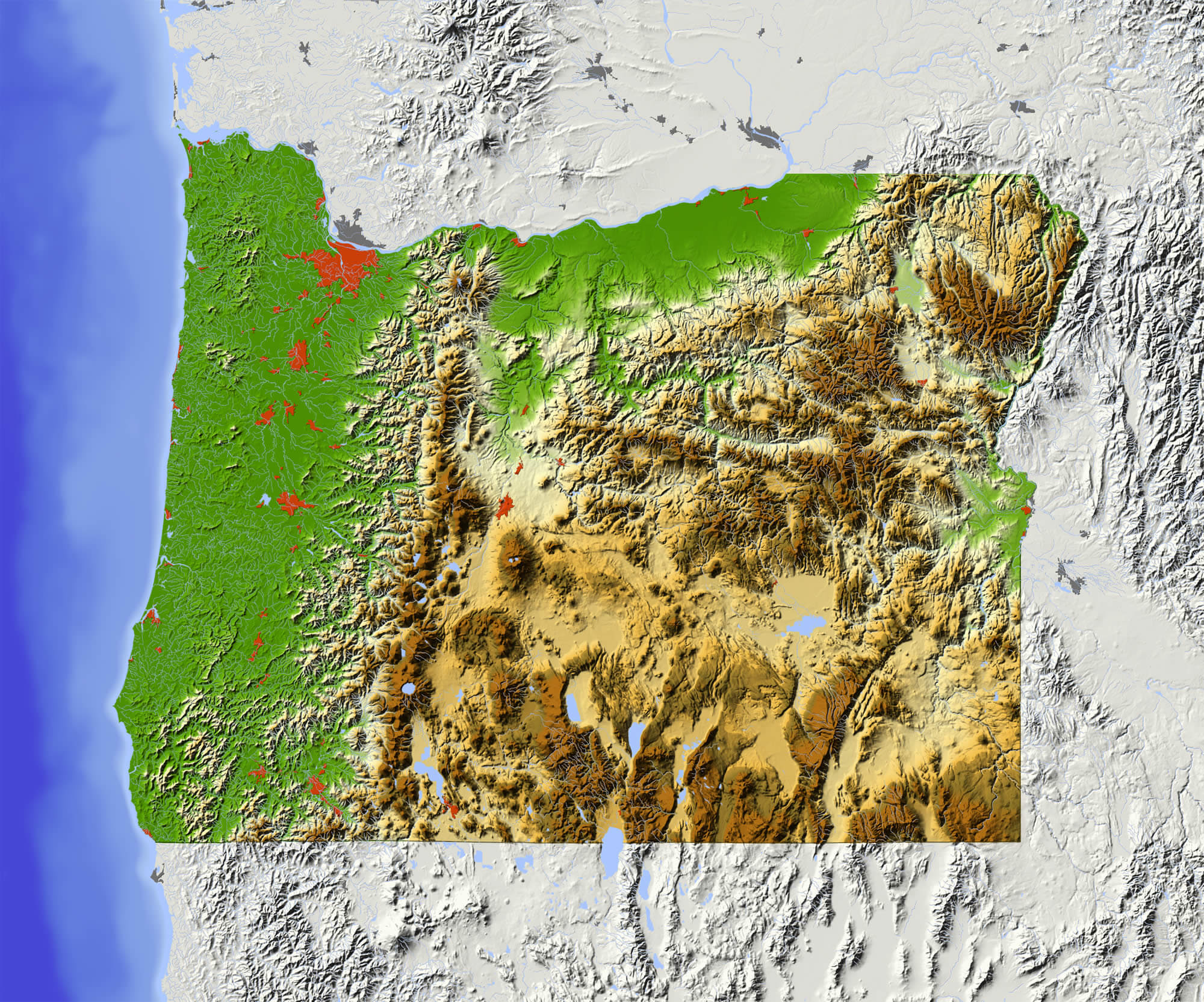 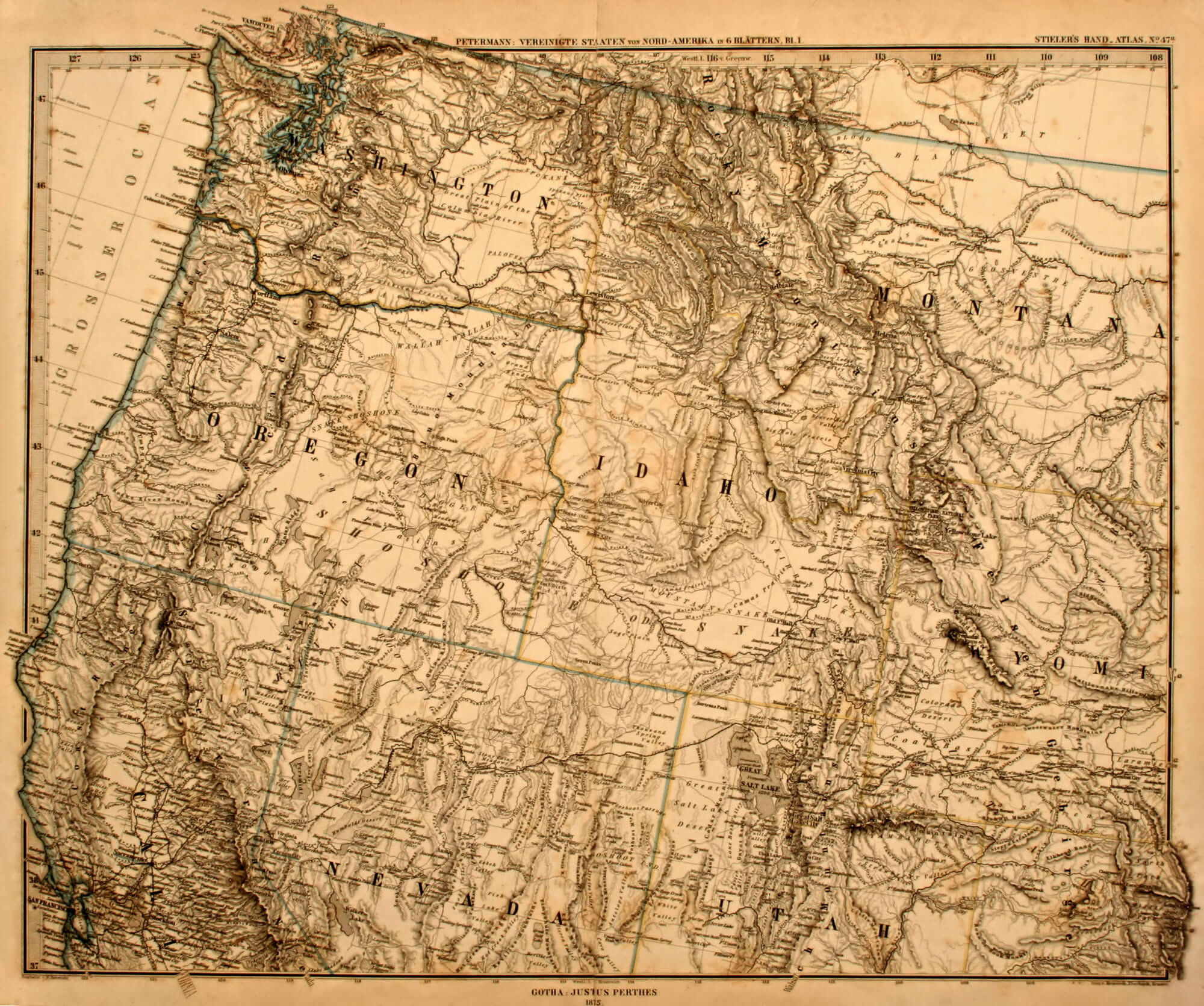 Original Oregon vintage map of the US Pacific Northwest printed in 1875. 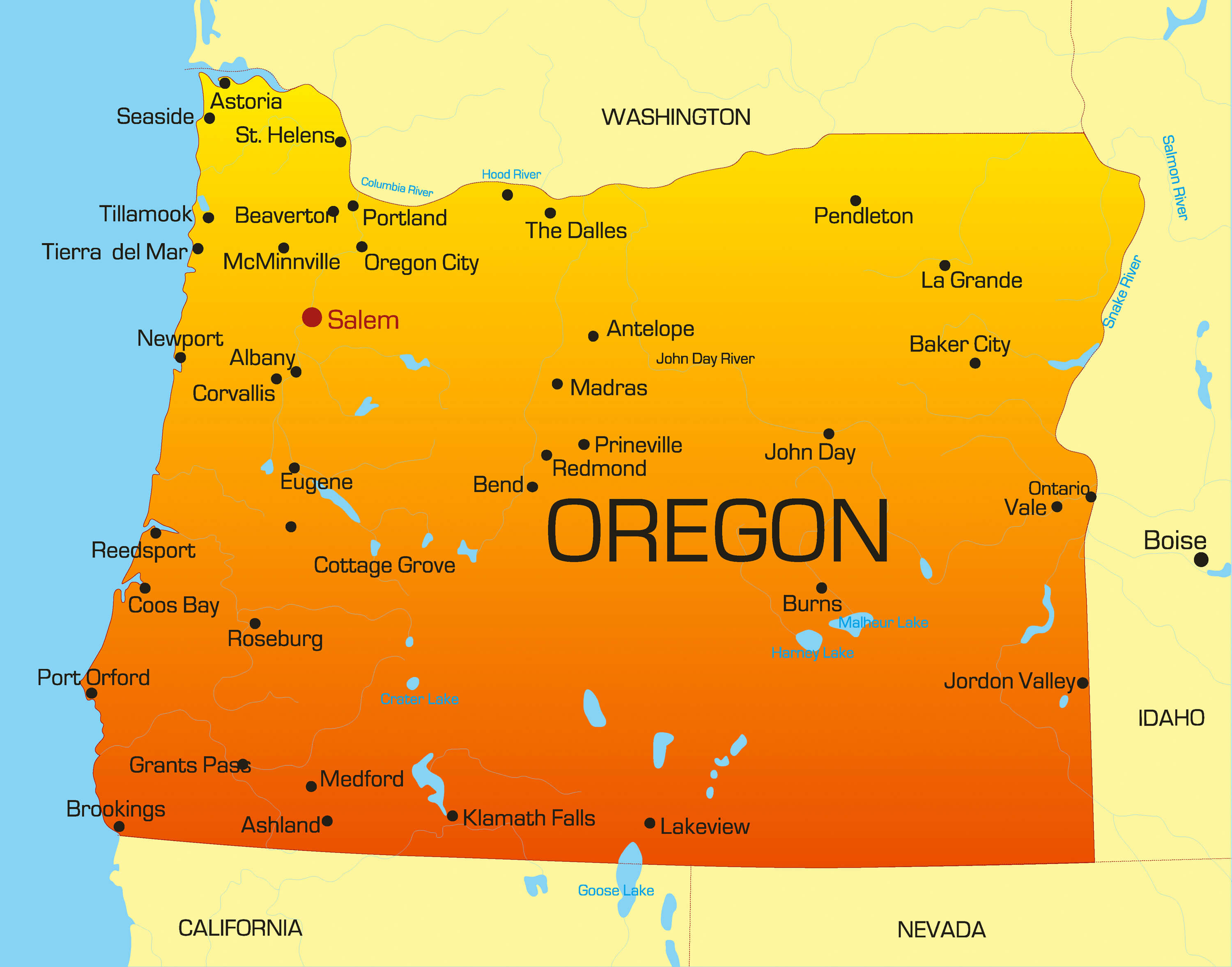 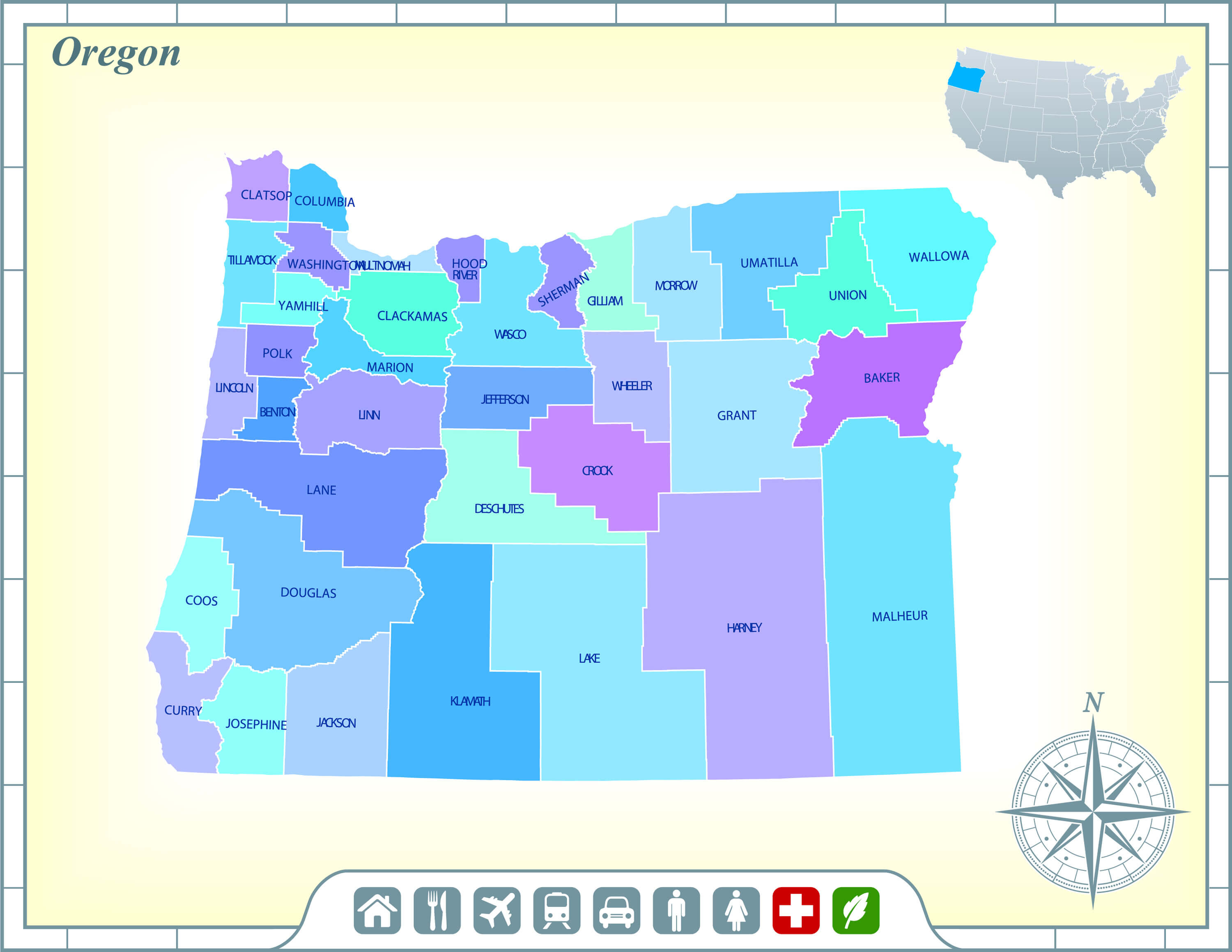 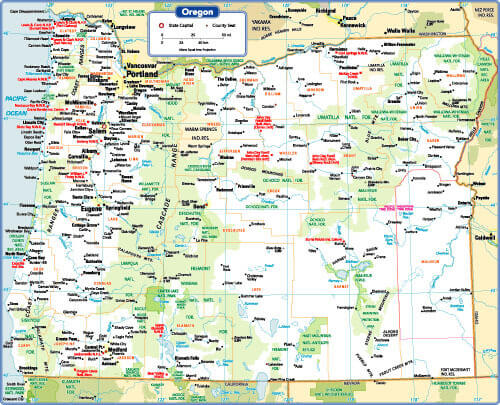 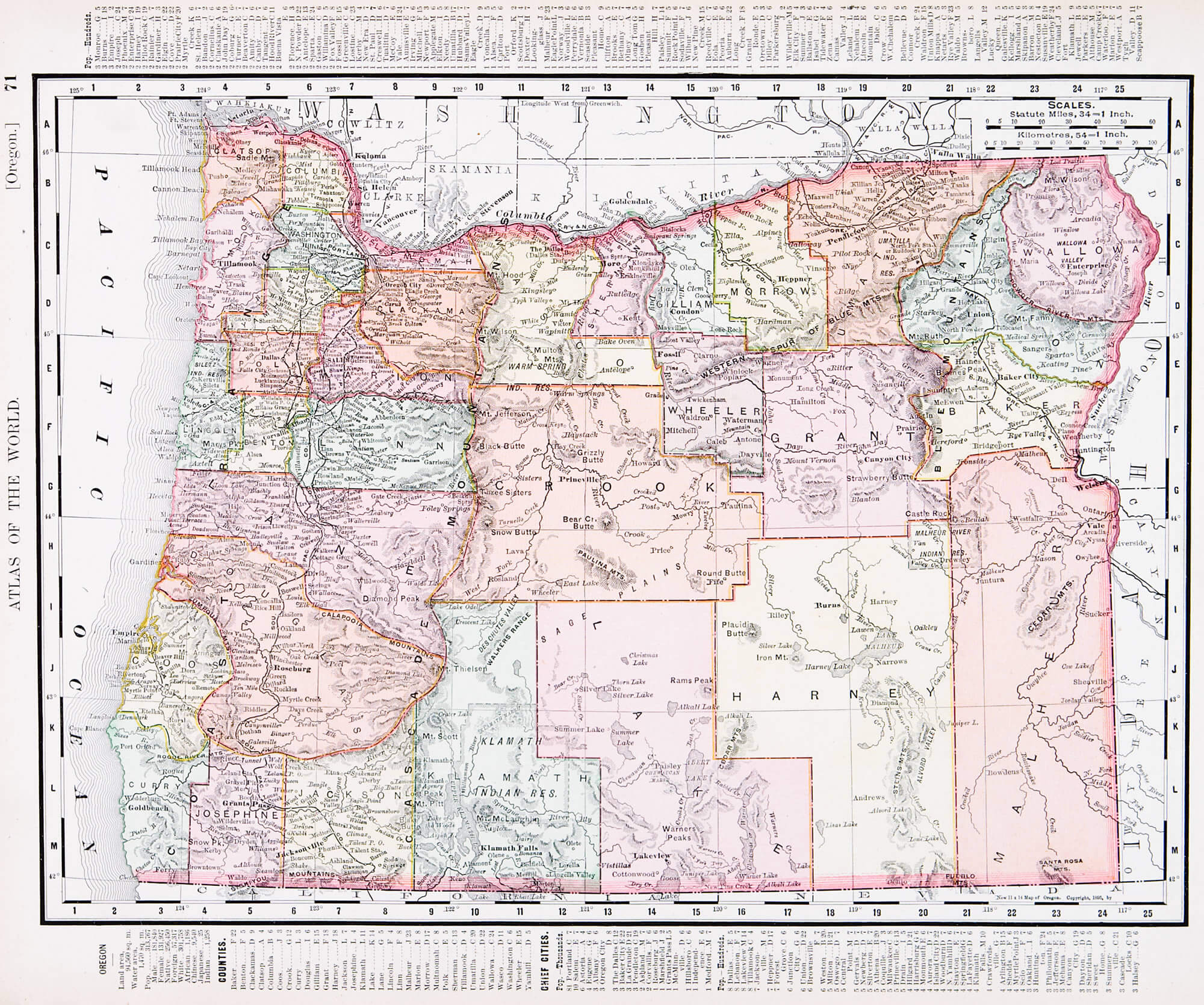 A map of Oregon, USA from Spofford’s Atlas of the World, printed in the United States in 1900, created by Rand McNally & Co. 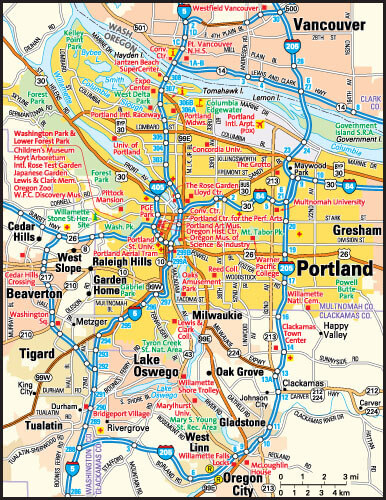 Where is Oregon in the World?