You are at:Home»News»US Capitol and 2021 Storming of the US Capitol

US Capitol and 2021 Storming of the US Capitol 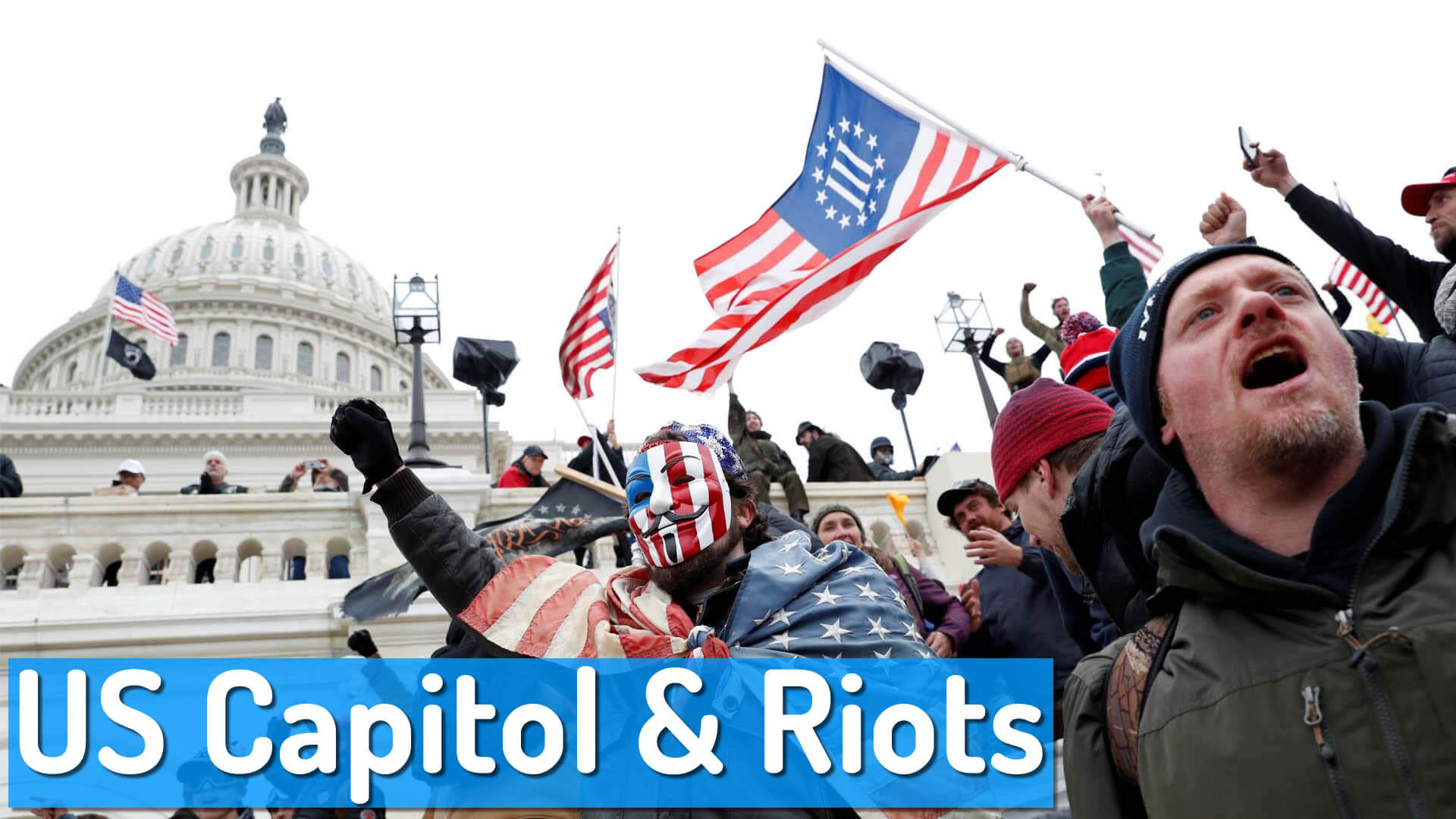 2021 Storming of the US Capitol, History, and Aerial View

The US Capitol is located on Capitol Hill at the eastern end of the National Mall in Washington, D.C. The Capitol building rises to 289 feet (88 m) which is the fifth-tallest structure in Washington DC.

The original building was completed in 1800. Although the Capitol was temporarily rendered unusable as a consequence of the 1814 burning of Washington, the building was fully restored within five years.

The US Capitol building was later enlarged, with the addition of a massive dome, and extended wings with expanded chambers for the bicameral legislature, the House of Representatives in the south wing and the Senate in the north wing. Like the principal buildings of the executive and judicial branches, the Capitol is built in the neoclassical style and has a white exterior. Both its east and west elevations are formally referred to as fronts, though only the east front was intended for the reception of visitors and dignitaries.

The winning design for the U.S. Capitol, submitted by William Thornto

The Capitol Grounds cover approximately 274 acres (1.11 km2), with the grounds proper consisting mostly of lawns, walkways, streets, drives, and planting areas. Several monumental sculptures used to be located on the east facade and lawn of the Capitol.

Interior of US Capitol

The Apotheosis of Washington, the 1865 fresco painted by Constantino Brumidi on the interior of the Capitol’s dome

Declaration of Independence (1819), by John Trumbull

The House of Representatives Chamber has 448 permanent seats. Unlike senators, representatives do not have assigned seats. The chamber is large enough to accommodate members of all three branches of the federal government and invited guests for joint sessions of Congress such as the State of the Union speech and other events.

The current Senate Chamber opened in 1859 and is adorned with white marble busts of the former Presidents of the Senate (Vice Presidents).

2021 Storming of the US Capitol

On January 6th, 2021, the Capitol was raided by a mob of rioters from a preceding rally held at the White House.

Pro-Trump supporters rioted and overtook U.S. Capitol officers to enter the building as lawmakers attempted to count the electoral college votes on January 6th. Protesters were in the District to falsely assert the presidential election was stolen from Trump.

The rioters sacked the Capitol during the joint session of Congress certifying the election of President-elect Joe Biden and Vice President-elect Kamala Harris, temporarily disrupting the proceedings.

As the mob broke in, Vice President Mike Pence, members of Congress, and staff were rushed out in an emergency evacuation. The rioters took the Senate Chamber and staff offices, including the office of House Speaker Nancy Pelosi, while the House Chamber remained defended by armed guards.

The attack resulted in the death of four rioters, including a woman who was shot as she attempted to breach the Capitol, and one Capitol Police officer.

Two improvised explosive devices were found during the subsequent clearing of the premises. Later in the evening, the joint session resumed and the electoral votes were certified. The event was the first time the Capitol had been overrun by a hostile force since the 1814 Burning of Washington by the British during the War of 1812.

US Capitol Inside Protest 2021

US Capitol Inside Storm