A Collection of Ohio Photos 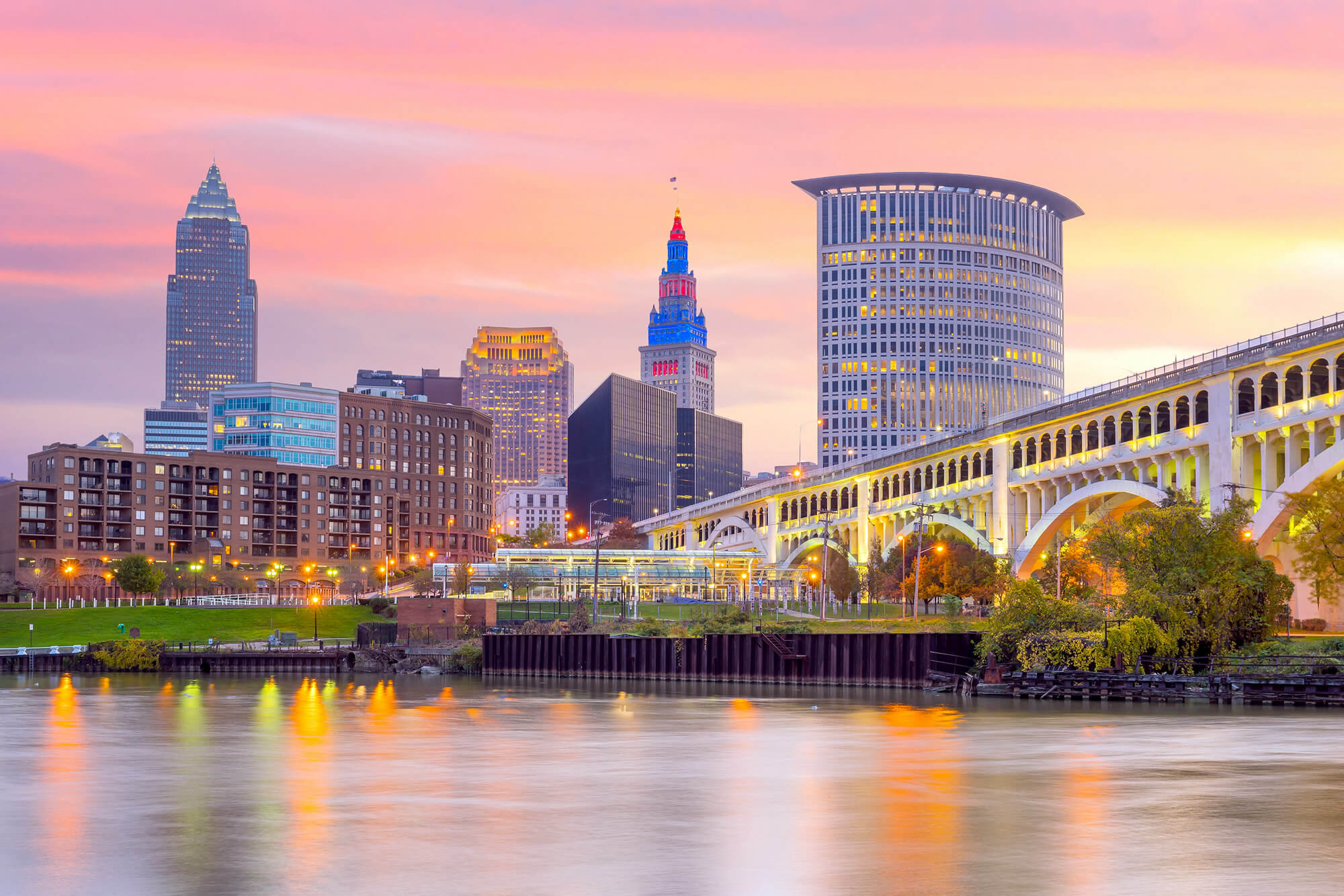 View of downtown Cleveland skyline in Ohio USA at twilight. 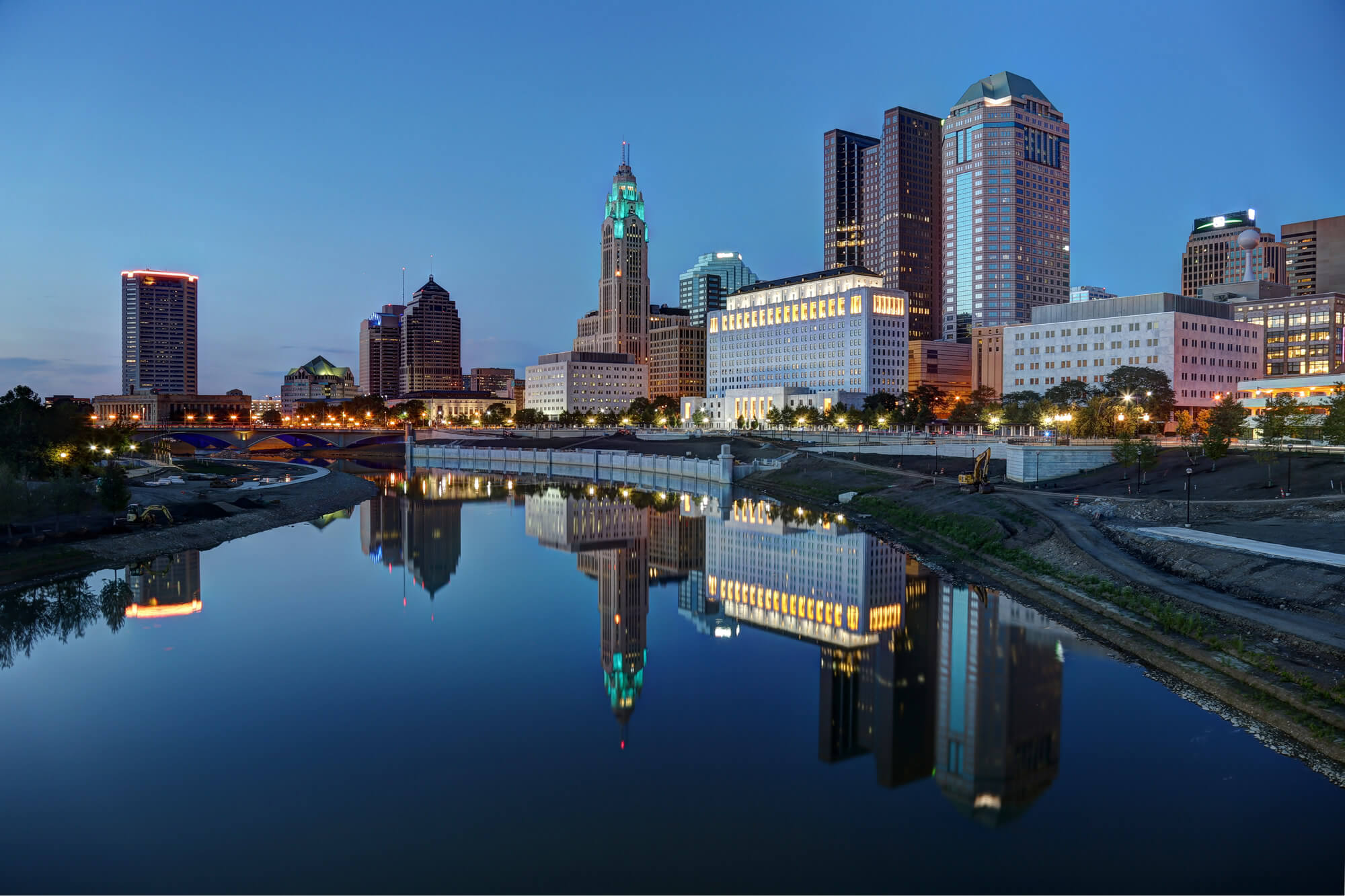 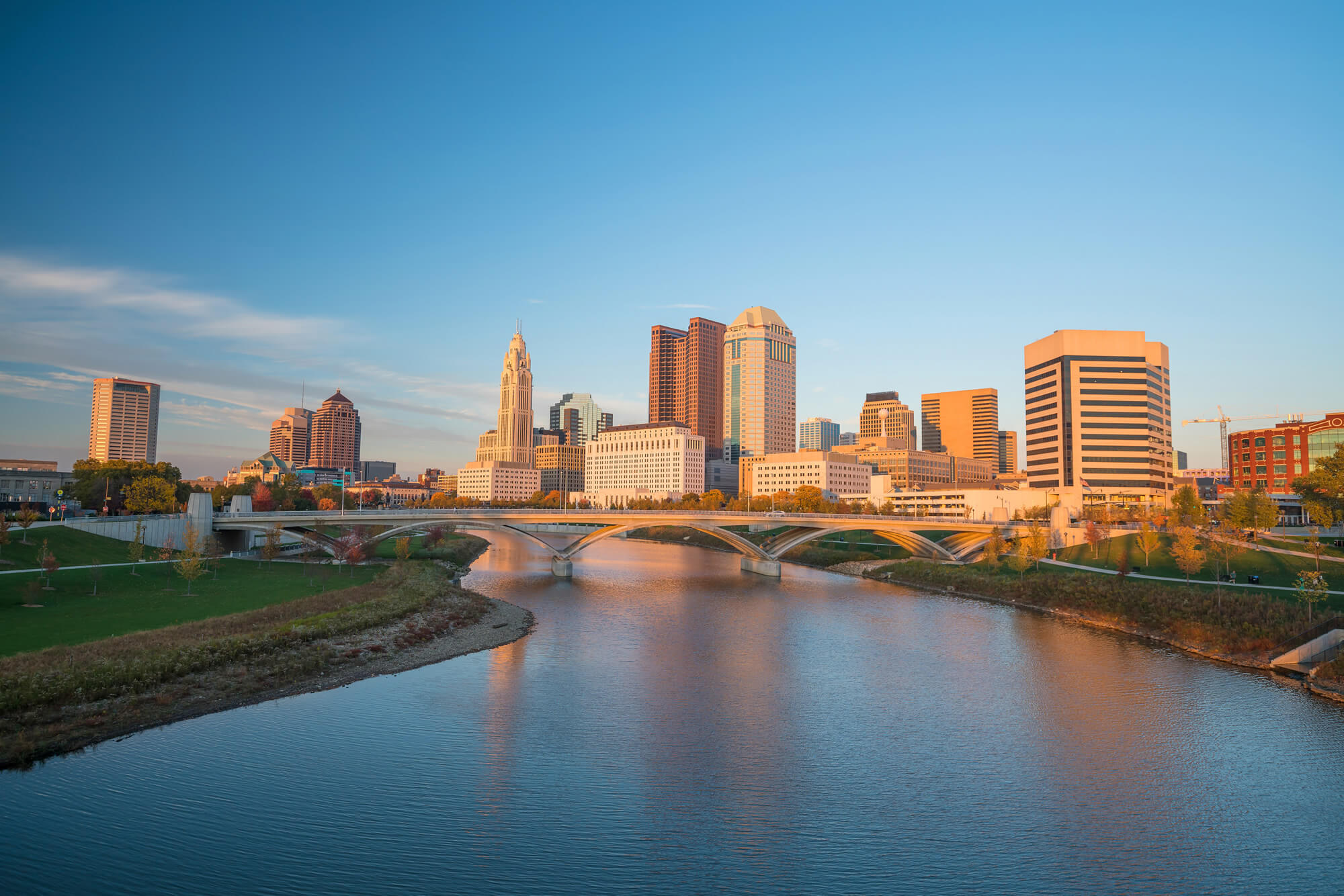 John A. Roebling Suspension Bridge and Cincinnati skyline at night from across the Ohio River.

Columbus, Ohio night skyline from the the Main Street Bridge. 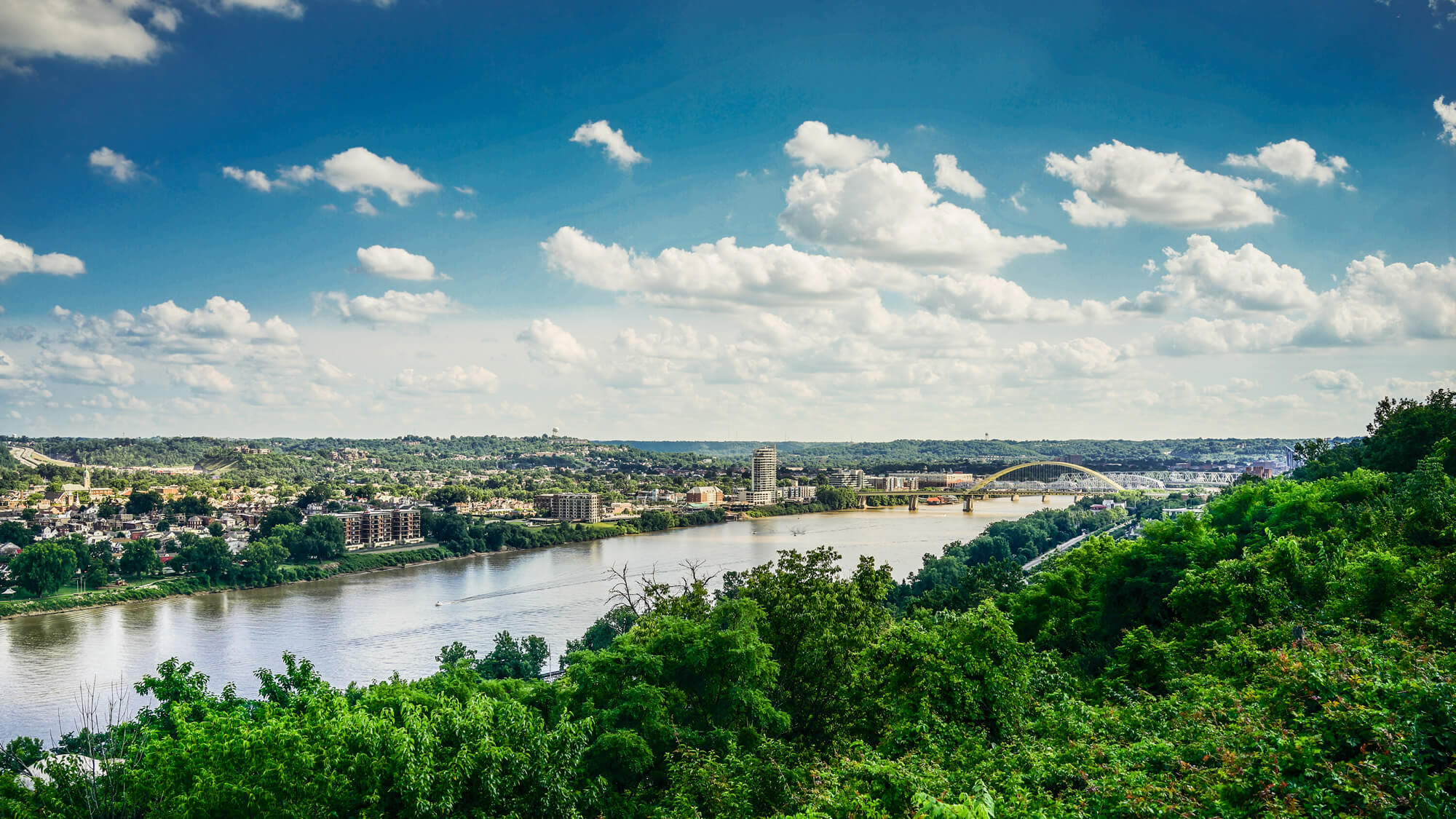 Kentucky and Ohio River with blue sky and clouds. 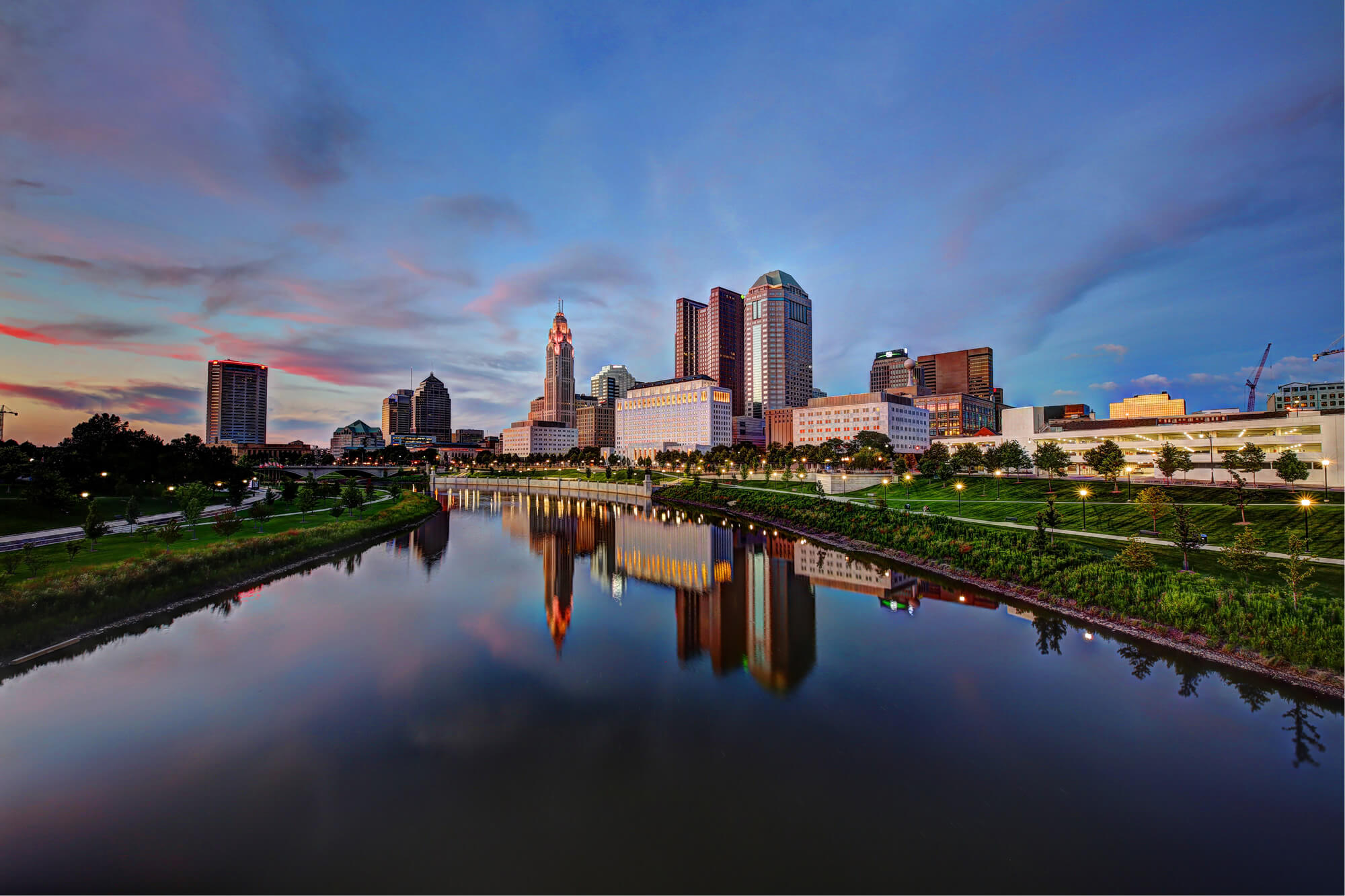 Evening Columbus Ohio skyline with colorful clouds along the Scioto River at dusk. 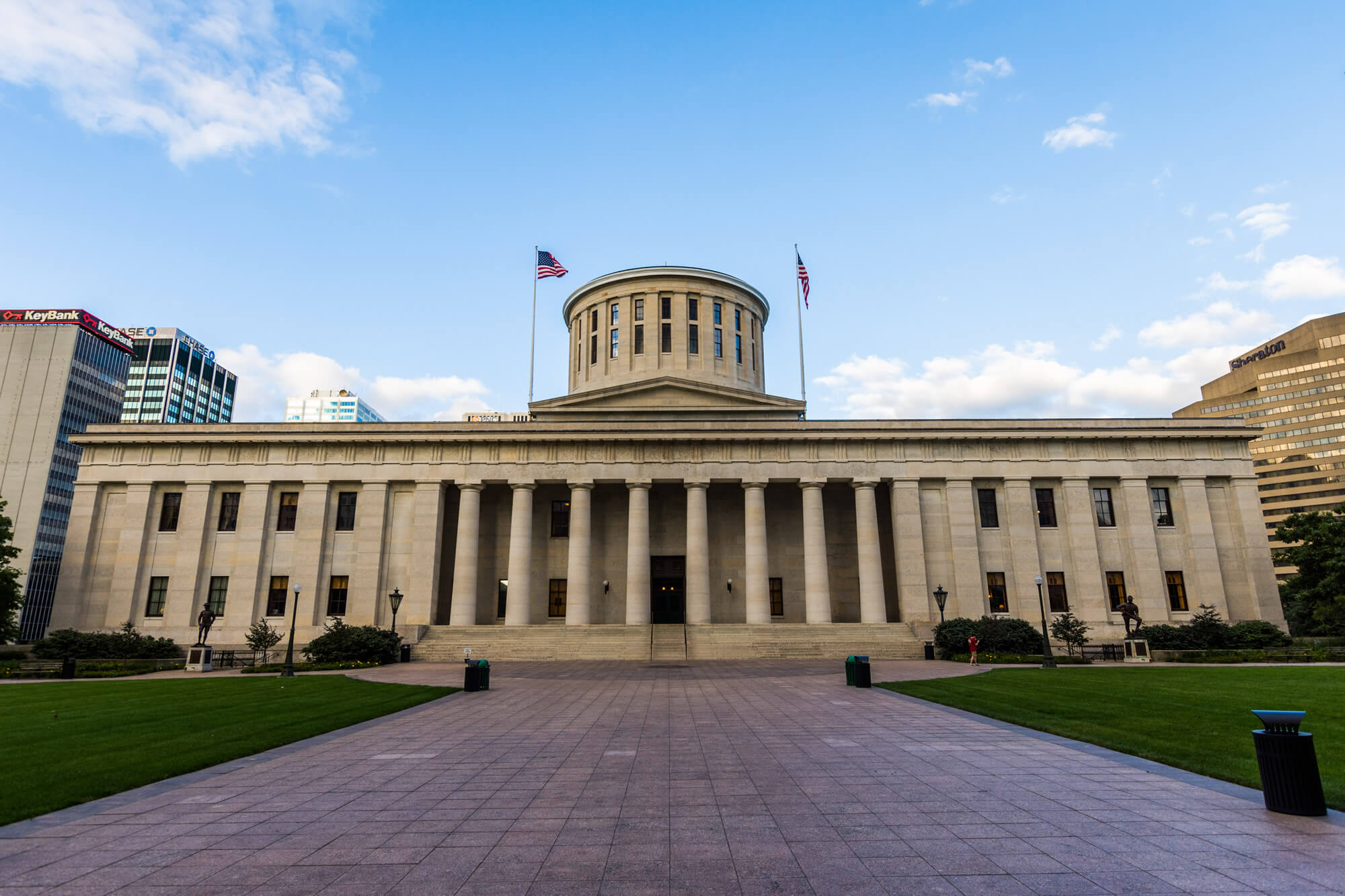 The Ohio Statehouse in Columbus, Ohio.

Where is Ohio in the US?